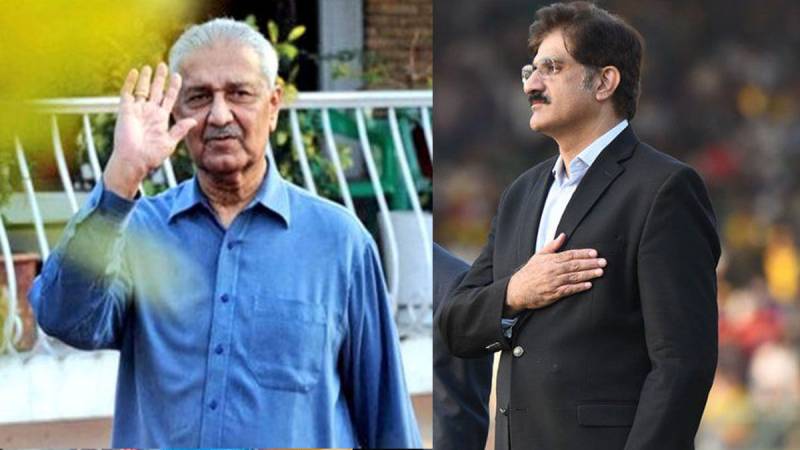 KARACHI – Father of Pakistan’s nuclear programme had written many letters, however, his last letter to Sindh Chief Minister Syed Murad Ali Shah came to light after his demise on Sunday.

Khan, who was hailed as a national hero for transforming Pakistan into the world's first Islamic nuclear power, had expressed his gratitude to CM Murad Ali Shah for showing concerns about his deteriorating health.

The national icon said no official from any of the other provinces contacted him in his tough times, except the PPP leader. Dr Qadeer wrote, “I am happy that the Chief Minister of my province remembered me.” He said that it seems that the PM and CMs of Balochistan, Khyber Pakhtunkhwa and Punjab are waiting to hear the ‘good news’ of my death. 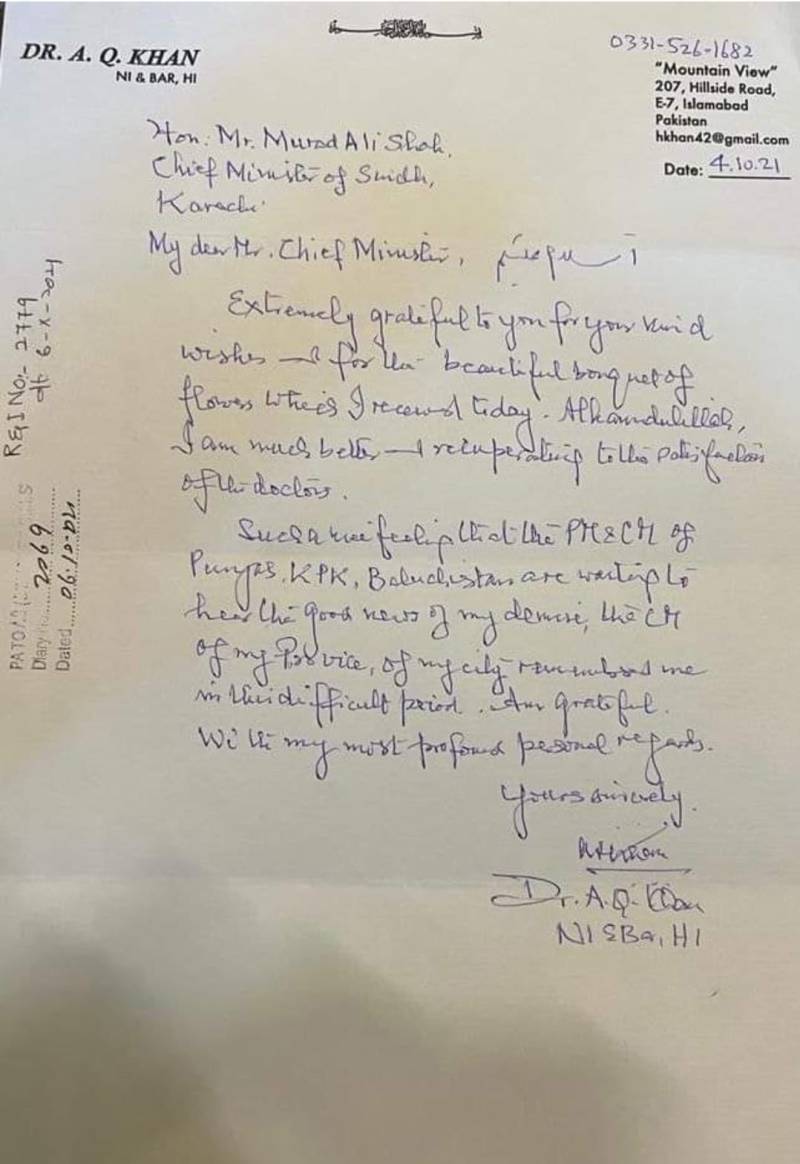 Earlier, Khan speaking with a leading daily lamented being ignored by the government officials. “I am quite disappointed that neither the prime minister nor his cabinet members have enquired after me,” he said while recovering from Covid-19.

Abdul Qadeer Khan celebrated as the father of Pakistan’s nuclear weapons programme, died on Sunday at 85. He was laid to rest with state honour.

ISLAMABAD – Tens of thousands of mourners gathered in Islamabad’s Faisal Mosque on Sunday for the funeral ...