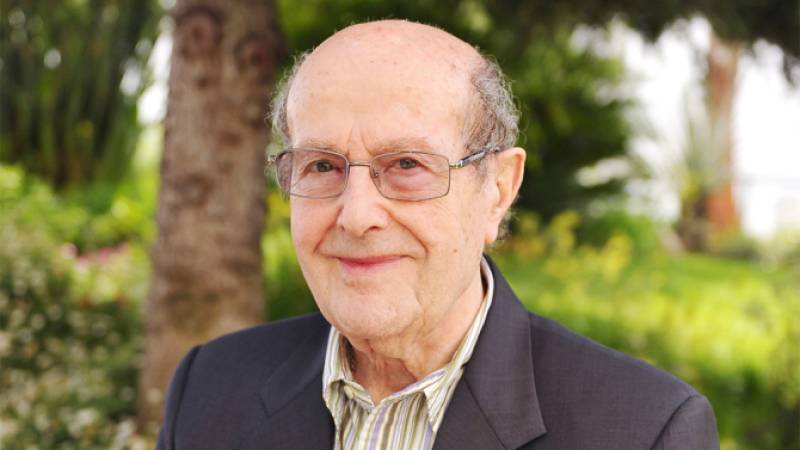 De Oliveira had been making movies since 1931, and age had not slowed him down. He had shot about one film a year in the past two decades, more interested in movies as art than as commercial products but always finding audiences. He died at home in his native Porto in northern Portugal.

“His age was old. But he was a young boy at heart, which gave him enchantment with life. His attitude of an ingenuous child was admirable in his work,” said actress Gloria de Matos. His last film, a short entitled Fountain of Virtues, was premiered in December 2014, the month he turned 106.

In the same month he was awarded the National Order of the Legion of Honour by France, where he was arguably more well-known than at home.

With his contemplative manner and slow-moving camera, he won acclaim far beyond Portugal and was an annual fixture at Europe’s top festivals. His many awards included two Golden Lions in Venice, the Jury Prize and a Golden Palm in Cannes for lifetime achievement.

Many of De Oliveira’s films were set in Porto, and the relative backwardness of the region and elements of superstition supplied the backdrops. Manoel Candido Pinto de Oliveira was born into a family of affluent industrialists and originally trained as an actor.

Lack of commercial success and censorship at home under Antonio Salazar’s dictatorship held him back as a director of feature films until the 1970s.

One of his better known films, “The Convent” (1995), starred Catherine Deneuve and John Malkovich. Oliveira also directed Italian legend Marcello Mastroianni’s last screen outing, “Journey to the Beginning of the World”, released in 1997. Oliveira’s many screen appearances ranged from Portugal’s first talkie, “Cancao de Lisboa”, made in 1933, to a cameo role in Wim Wenders’ 1995 “Lisbon Story”.