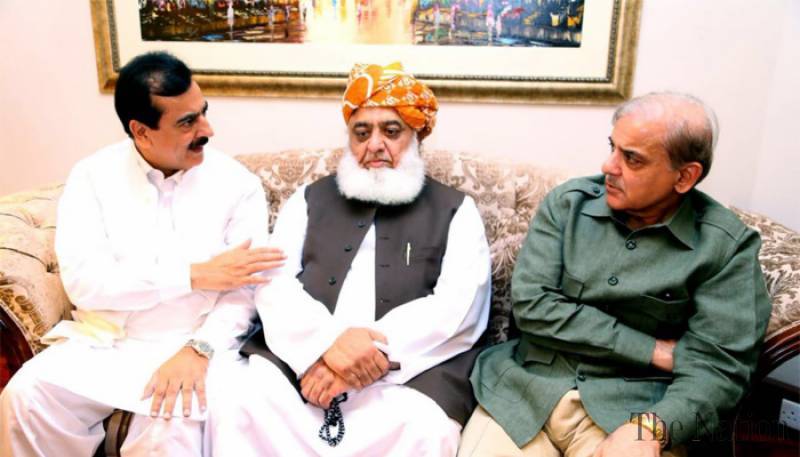 ISLAMABAD - The united opposition parties have reached a consensus to hold a protest against the alleged rigging in the general elections outside the Election Commission of Pakistan on August 8.

The decision was taken by an action committee formed after the all parties conference on Friday. The meeting was held at the residence of Pakistan Muslim League-Nawaz (PML-N) leader and Speaker National Assembly Ayaz Sadiq to discuss the way forward.

The alliance of anti-Pakistan Tehreek-e-Insaf parties, which comprises PML-N, Pakistan Peoples Party (PPP), Muttahida Majlis-s-Amal (MMA), Awami National Party (ANP) and others, was formed the PTI bagged the majority of seats in the 2018 polls.

ANP leader Ghulam Ahmed Bilour suggested to hold nationwide protest on August 9, while the member partied decided to protest outside the ECP’s head office on August 8.

During the meeting, the united opposition, according to local media, has selected candidate to be field for the position of National Assembly speaker and deputy speaker. The names will be disclosed on the day of the elections.