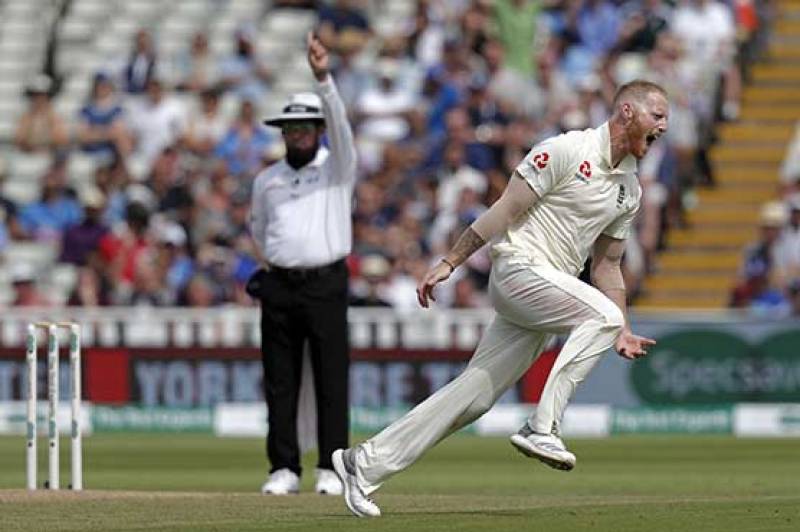 EDGBASTON - England beat India by 31 runs to win the first Test at Edgbaston on Saturday and so take a 1-0 lead in a five-match series.

India, set 194 to win, were bowled out for 162 after resuming the fourth day on their overnight score of 110 for five.

England all-rounder Ben Stokes took two wickets in an over, including the prize scalp of India captain Virat Kohli for 53 before ending the match when he had Hardik Pandya (31) caught at first slip by Alastair Cook.

The series continues with the second Test at Lord s starting on Thursday.