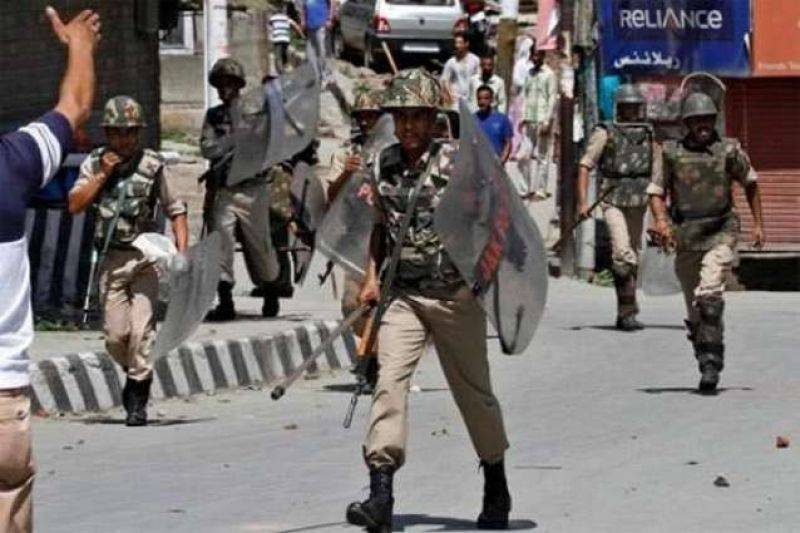 Foreign Office spokesperson in a statement on Saturday said there is deepening anxiety and fear among the people of occupied Kashmir because of reports of deployment of additional 38,000 Indian paramilitary forces in recent weeks.

The advice to tourists, yatris and students to immediately leave the IOK, and messages urging people to store food supplies, have stoked further apprehensions.

Speculation has mounted that the Indian authorities might attempt to alter the demographic structure in occupied Kashmir and to bring about a material change on the ground.

As in the past, Pakistan is strongly opposed to any move that would seek to alter the demographic structure of occupied Kashmir to change the internationally-disputed nature of Jammu & Kashmir.

Any such move would be in violation of the UN Security Council resolutions and seriously endanger peace and security in the region.

The recent developments have been accompanied by an increased level of ceasefire violations by the Indian Army across the Line of Control (LoC). Between 19 July-3 August 2019, unprovoked firing and use of heavy weaponry by India has led to 6 civilian deaths, injuries to 48 civilians, and damage to civilian infrastructure in AJK.

In the latest provocation, cluster ammunition has been used by the Indian Army against civilians in Azad Jammu & Kashmir resulting in the martyrdom of 2 civilians including a 4-year child and critical injuries to 11 civilians.

Pakistan strongly condemns this action, which is in contravention of international humanitarian law.

Pakistan also rejects the self-serving Indian assertions of “intelligence inputs” about some imminent “terrorist” attack in occupied Kashmir as a justification for new deployments.

This is a familiar Indian ploy to externalize blame, use baseless allegations as a smokescreen, and persist with its state-sponsored repression against the Kashmiri people.

We again caution the international community against any false flag operations.

The Foreign Minister has addressed letters to the UN Secretary-General and the Presidents of UN Security Council and UN General Assembly drawing attention to the evolving situation in occupied Kashmir.

The Heads of Mission in Islamabad from the Permanent Members of the UN Security Council were also briefed on Saturday on these serious developments and their implications for regional peace and security.

Pakistan calls upon the international community to take immediate cognizance of the deteriorating situation in occupied Kashmir, urge India to act responsibly, and counsel India to work towards preserving rather than imperilling peace and security in South Asia.