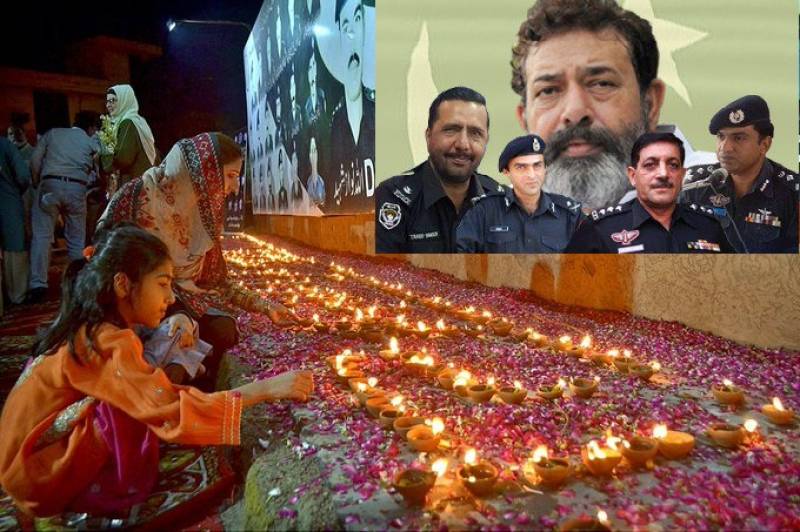 ISLAMABAD - The Police Martyrs Day is being observed across the country today (Sunday).

Police Martyrs Day aims to honour brave fighters of the nation and express solidarity with their families, the Radio Pakistan reported.

Police Department honours the sacrifices of 'Jawans' who laid down their lives.

The Martyrs Day was observed for the fourth consecutive year on the death anniversary of Shaheed Safwat Ghayur, the commandant of Frontier Constabulary Khyber Pakhtunkhwa Police who was martyred in a suicide attack on his vehicle on 4th August 2010.

Special functions will be held across the country to appreciate the sacrifices of the police force for establishing peace.

President Dr Arif Alvi paid tribute to the Shuhada of the police force who had laid down their lives in the line of duty while protecting the motherland and the countrymen against all challenges.

In his message on the Youm-e-Shuhada Police Day, the president lauded the supreme sacrifices of the martyred police officers and personnel.

Despite hard times and limited resources, the police force played an exemplary role in the restoration of peace and protection of people. They did not step back from offering any sacrifice, he added.

According to a press release, the president observed that the whole nation was indebted to those who had sacrificed their lives for the security of the country.

He said it was the day to reiterate that the whole nation would face all the internal and outer challenges and conspiracies with unity as these miscreants were working against the prosperity and solidarity of Pakistan.

The president said the security agencies including police forces were acting against enemies and Insha' Allah, would soon eliminate these elements.

Chief of the Army Staff General Qamar Javed Bajwa says Pakistan Police has made phenomenal contributions alongside other security forces in counter-terrorism operations.

In a tweet message by DG ISPR, the Army Chief said Pakistan Police over the years has proved to be a strong professional force.

General Qamar Javed Bajwa said he salutes to the martyrs of Pakistan Police and their families on Police Martyrs Day.