How China tackled COVID-19, and learnings for Pakistan 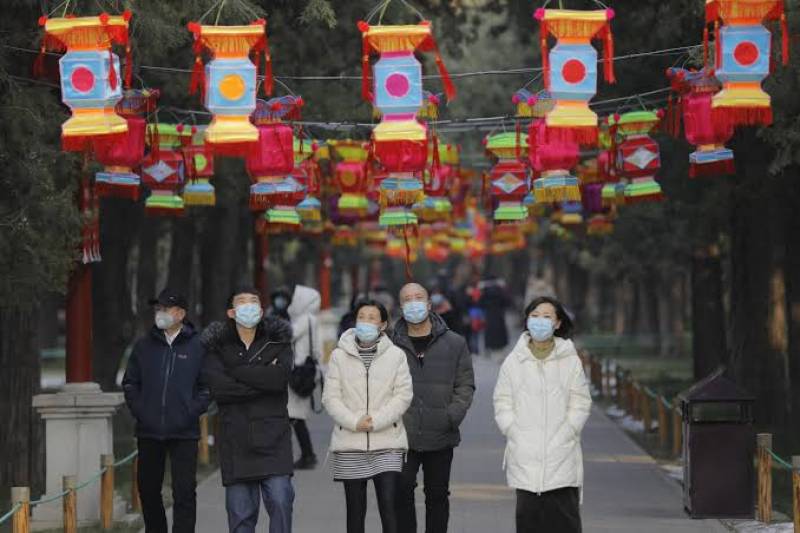 Dealing with a contagious disease when it hits for the first time is not easy for any country, and given the circumstances, China’s response was swift and effective. The epidemic, which later turned into a pandemic of this magnitude, was unprecedented for this generation and in the initial days, it was hard to even discover the cause of its spread.

The drastic measures taken by the Chinese administration were pivotal to prevent the possibly-most-fatal humanitarian crisis of the recent past.  It was not a single action but a series of coherent actions that involved strict administration and economic decisions, robust infrastructure building to fight the virus and intense research work to come up with a prevention plan.

In late December 2019, Wuhan Center for Disease Control and Prevention (CDC) in central China's Hubei Province detected cases of pneumonia of unknown cause. And on the 30th December, the Wuhan Municipal Health Commission issued an urgent notification to medical institutions under its jurisdiction, ordering efforts to appropriately treat patients suffering from an unknown kind of pneumonia.

On 31st December, the National Health Commission (NHC) of China-made arrangements, sending a working group and an expert team to Wuhan, to guide epidemic response and conduct on-site investigations. During the next few days, a health manual was issued to treat patients suffering from the virus, the WHO and US health authorities were informed about the outbreak.

Research institutions including the Wuhan Institute of Virology (WIV) developed testing kits on 10th January and Wuhan City conducted tests of all relevant cases, admitted at hospitals in the city. Though it was not part of the WHO health and security protocol, Wuhan epidemic prevention and control headquarters issued a notice to shut down the city's roads, airports and railway stations from 10 am on Jan 23.

On an emergency notice, the Ministry of Transport demanded suspension of passenger traffic coming into Wuhan by road or by waterways.

Within days, the administration constructed hospitals, factories were producing PPE kits for health professionals, and a whole procedure was evolved to tackle the virus spread. Millions of people were quarantined in their houses, showing the world a way to stop the spread of the virus.

Additionally, many areas across China adopted a closed management system on a community-basis. In most of the areas where this came into effect, villages, communities, and units kept one entrance and exit point open. The movement of each household was restricted to a certain number.

All supplies of basic amenities were ensured for the people restricted to the areas of strict lockdown. In addition to this, the Chinese people worked hand-in-hand with the government to ensure implementation of the SOPs and obeyed strict lockdowns; consequently, China was able to curb the virus spread at a very early stage.

The pandemic shook the Chinese economy badly, as it contracted for the first time in 40 years,  specifically in Q1 2020, but sharply bounced back in Q2 with the resumption of business activities. Chinese GDP growth rate in 2019 was around 6%; but is estimated to be around 1.2% in 2020, although reports suggest that it is most likely to bounce back in 2021.

The Chinese government has announced a huge fiscal stimulus of around 4.2 trillion Yuan, which makes it around 4% of the GDP; aimed at epidemic prevention/control, unemployment insurance, tax relief, public investment and to boost businesses activity in general.

Similarly, the Pakistani government announced a stimulus package of around Rs1200 billion under Ehsaas program to support the underserved communities, providing them Rs12,000 for three months to cater to their basic needs, especially the families who had lost their livelihoods amid continued lockdowns. Additionally, SBP drastically cut the interest rate and offered loans to companies on reduced mark-up rates, for them to be able to pay salaries to their employees.

However, the already ailing Pakistani economy with an already meagre 1.9% GDP growth rate was further hurt by Covid-19, as the growth rate further slid to -0.4%, showing contraction for the first time since the ’50s. 2021 shows a slight ray of hope as IMF has projected a return of positive growth for the country.

Following the Chinese model, we can fight the pandemic, but we Pakistanis have to adapt to keep a coexistence with the pandemic for the time being. Things have changed a lot since the Corona-virus first surfaced. The earlier goal was to overcome it and return to normalcy. But now it is an established fact that it cannot be wiped out and we have to live with it at least for a few more years. The obvious question is how?

The most common cause of its spread is the human to human interaction that allows the virus to enter into the respiratory system of a person from another. It is also caused by touching infected items, surfaces, etc.

The guidance is there, so we know what to do to avoid the contraction:

By adopting these easy practices, we will be able to cope with Corona-virus and keep the wheel of life moving.

The author is a Lahore based Techie, PR & Digital Communications Professional.

The author is a Lahore based Techie, PR & Digital Communications Professional.