Red zone sealed in Islamabad ahead of PTI's protest against ECP 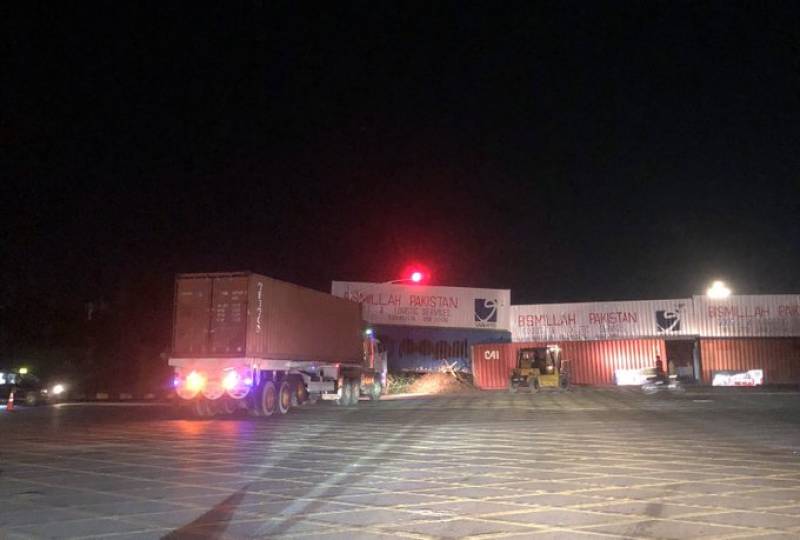 ISLAMABAD – Authorities have place containers at entry points of the capital city and sealed the red zone as the Pakistan Tehreek-e-Insaf (PTI) is set to stage a protest against the Election Commission of Pakistan today (Thursday).

Reports said that protesters and unconcerned people will not be allowed to enter the red zone, adding that Rangers and FC troops have also been deployed for the security of red zone.

Entry into the red zone will be allowed to certain persons only through Margalla Road.

On Wednesday, Imran Khan told a news channel that ECP was using delaying tactics in funding cases against PML-N and PPP.

He announced to move the Supreme Judicial Council of Pakistan against the chief election commissioner for calling the PTI as foreign-funded party.

He clarified that the protest will not enter the red zone as it will be held in peaceful manners in front of ECP.

Taking to Twitter, the interior minister wrote: “There is a complete ban on protests in the Red Zone and there is an apprehension of PTI miscreants attacking ECP. So, if anyone tries to cross the red line, strict action will come into play. The SC has allocated F-9 Park for peaceful protests which PTI can use for this purpose”.