Nawaz Sharif fears his disqualification in Imran's case as well 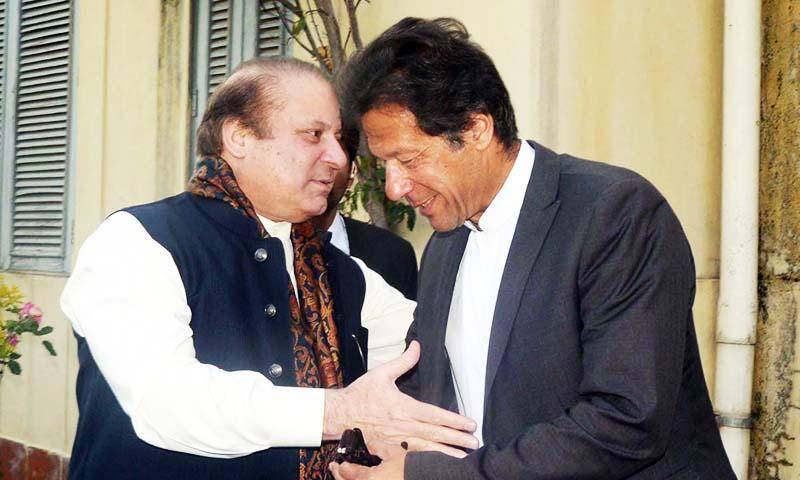 ISLAMABAD - Former Prime Minister Nawaz Sharif quipped on Monday that he feared his disqualification even in the cases lodged against PakistanTehreek-e-Insaf Chairman Imran Khan and Secretary General Jahangir Tareen.

In a brief media interaction outside the accountability court in Islamabad, the President of Pakistan Muslim League Nawaz reiterated his stance regarding the court’s bias against him.

After his appearance before the Judge Muhammad Bashir, the hearing was suspended till 1 pm because the verdict on a petition filed by Nawaz Sharif was to be announced by then.

Later, the Islamabad High Court (IHC) disposed of the petition regarding the clubbing of references, following which the accountability court resumed the hearing.

National Accountability Bureau had filed three references on September 8 against the former premier and his family. Another NAB reference was filed against Finance Minister Ishaq Dar.

The three references against the Sharif family are related to the Flagship Investment Ltd, the Avenfield (London) properties and Jeddah-based Al-Azizia Company and Hill Metal Establishment.