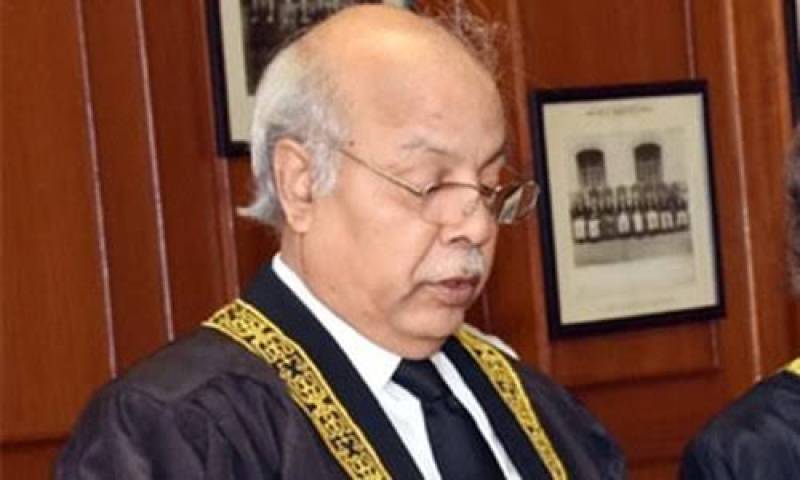 ISLAMABAD – The Ministry of Law has issued a notification of Justice Gulzar Ahmad's appointment as the 27th Chief Justice of Pakistan following an approval by President Arif Alvi earlier today.

Justice Gulzar will replace the incumbent CJP Asif Saeed Khosa, who is set to retire on December 21.

Justice Gulzar Ahmad was born in Karachi on February 2, 1957 to the family of Noor Muhammad – a prominent lawyer. He studied at city's Gulistan school, did graduation from Government National College, Karachi.

After graduation, he obtained his law degree from Karachi based S.M. Law College. Later, on Janaury 18, 1986, he was enrolled as advocate. On April 4, 1988, he joined high court and on September 15, 2001, he became an advocate of the Supreme Court of Pakistan. Justice Gulzar was also elected as honorary secretary of the Sindh High Court Bar Association in Karachi for year 1999-2000.