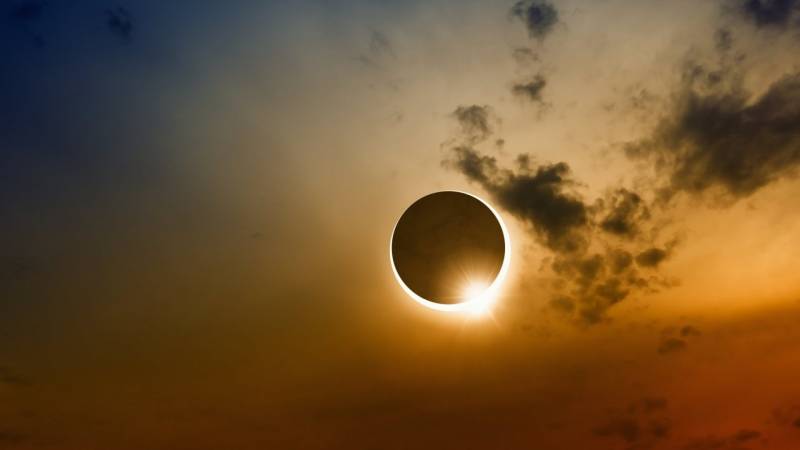 KARACHI – The last solar eclipse of 2020 will be sighted on December 14, said the Pakistan Meteorological Department (PMD) on Friday.

The Met office, however, said that it will not be visible in Pakistan. It will be sighted in most countries of South Africa and South America.

The eclipse will also be visible in the Atlantic and the Indian Oceans as well as the South Pole.

On June 21, an annular solar eclipse occurred which was visible in some cities of Pakistan, including Karachi, Lahore and Islamabad

"An annular solar eclipse happens when the moon covers the sun's centre, leaving the sun's visible outer edges to form a 'ring of fire' or annulus around the moon," according to the PMD's Climate Data Processing Centre.