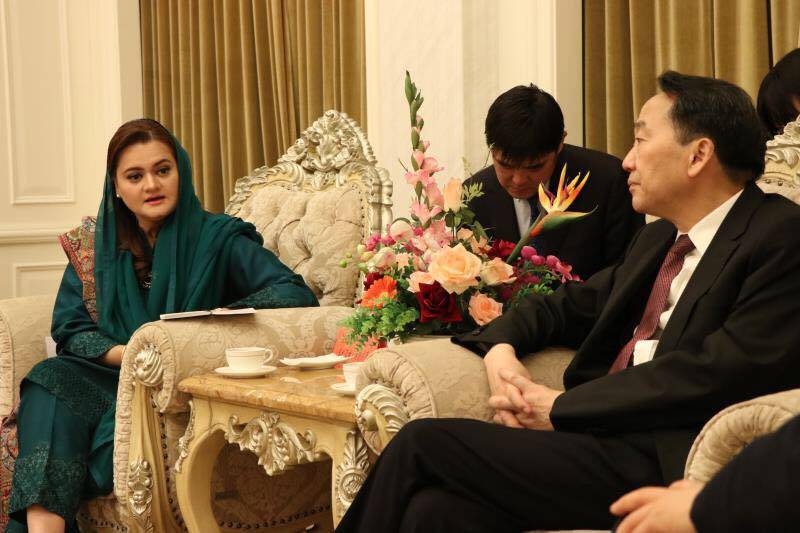 BEIJING - Minister of State for Information, Broadcasting, National History and Literary Heritage Ms. Marriyum Aurangzeb who is on a visit to China on the invitation of Chinese Government, met Jiang Jianguo, Vice Minister of the Propaganda Department of the Central Committee of CPC, and Minister of State Council Information Office (SCIO) on Sunday.

Welcoming the Minister of State, Jiang Jianguo said that it is a pleasure to receive her on her first official visit to China, added that our two people and two countries share a high level of mutual trust, respect and friendship. 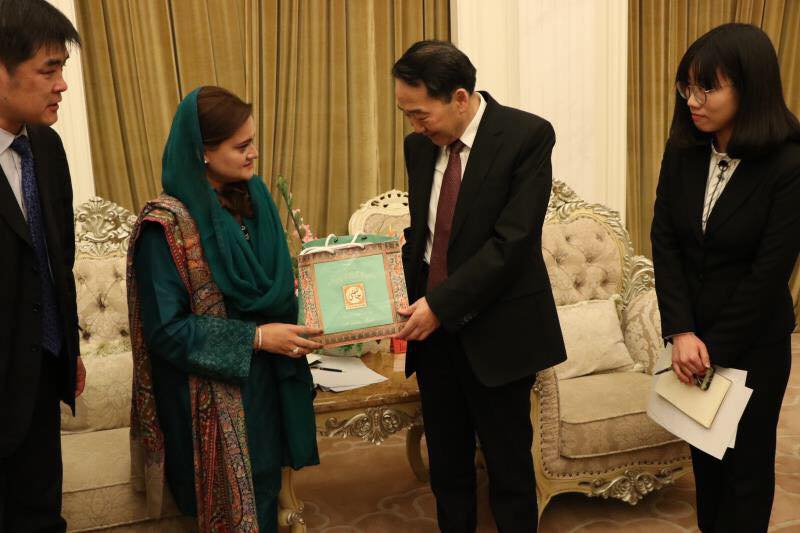 He further said that CPEC, being flagship project of Belt and Road Initiative, is a project of our shared future.

Marriyum Aurangzeb thanked minister of SCIO for their warm hospitality. She termed this visit to China as a visit to her second home, adding that Pakistan and China are carrying a legacy of cooperation, the foundation of which was laid by our ancestors.

Commending the China Pakistan Economic Corridor (CPEC) as a great leap forward for further cementing ties between two countries, she said that since PML(N) government has taken over in 2013, it has successfully added 11,000 MW electricity to overcome the energy crisis with the assistance of our good friend China.

She informed that irrespective of party affiliations, all political parties in the country support CPEC.

The minister also assured that the Pakistani government is taking all out efforts to insure security to all Chinese nationals.

Expressing her desire for enhanced cultural and media contacts by sharing cultural norms and exchanging media delegations, she called for closer co-operation in the field.

The minister further said that Pakistan condemns terrorism in all its manifestations and forms and has achieved success in combating it, which is borne out by the fact that terrorist attacks which were 2600 in 2013, had reduced by 82% to 160.

Ambassador of Pakistan, Masood Khalid was also present on the occasion and said that SCIO is playing a very important role in sharing the Chinese vision with the world.

Apart from ambassador, senior officials from both sides were also present on the occasion.