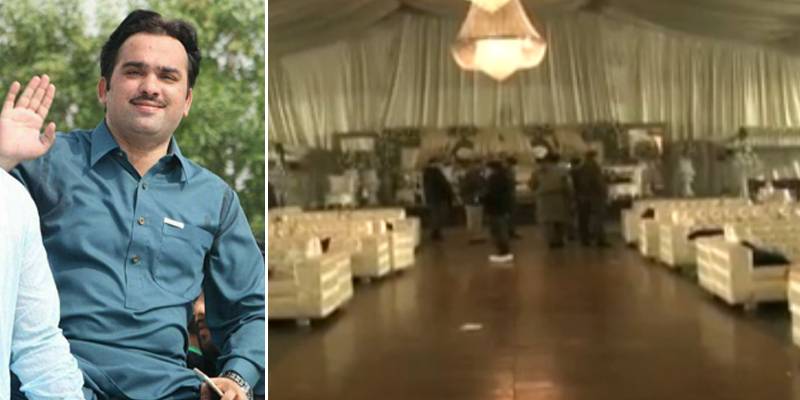 LAHORE: Two people including the nephew of Pakistan Muslim League Nawaz Member National Assembly Afzal Khokhar were killed in a clash between two rival groups in a wedding ceremony on Wednesday night.

According to police two influential groups headed by Ashraf Bhatti and Malik Aslam were at the ceremony of Fawad Khokhar in Johar Town area of Lahore when a sudden brawl erupted between them after a verbal spat.

Soon the skirmish turned violent and the rivals started exchanging fire that wounded Khokhar's nephew Imran Shafi who succumbed to his injuries on the way to the hospital.

His gunman Abdul Khaliq, who received bullets also succumbed to his wounds at the hospital.

The armed clash was so intense that it also left eight people of both the parties injured.

When the clash erupted, MNA Malik Afzal Khokhar’s elder brother who happens to be Imran’s father along with PML-N MPA Saiful Malook Khokhar were also present in the wedding ceremony but survived the armed attack.

Amin Wains told a leading daily that the elders of both sides had been invited to a wedding ceremony by their common friends for moderation, however, the bid backfired.

Police were trying to get CCTV footage to know the cause of the clash, Dawn News reported.

The IGP Arif Nawaz ordered the Lahore police to arrest the killers. Reportedly, both sides had already been facing murder cases and litigation in courts.