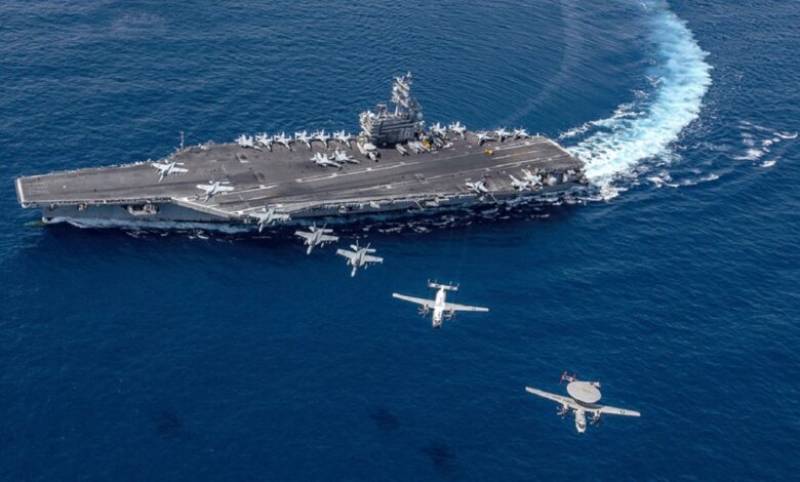 TOKYO – Two US aircraft carriers have carried out drills in the South China Sea, a US Navy spokesman said Saturday, after the Pentagon expressed concerns over Chinese military exercises around a disputed archipelago.

The USS Nimitz and USS Ronald Reagan conducted dual carrier operations in the waterway to "support a free and open Indo-Pacific," the spokesman said.

"These efforts support enduring US commitments to stand up for the right of all nations to fly, sail, and operate wherever international law allows," he added.

The drills came as the Pentagon said it was "concerned" about Chinese military exercises in the South China Sea, warning the manoeuvres will "further destabilise" the region.

China's expanding military presence in the contested waters has worried several of its neighbours.

Washington rejects Beijing's territorial claims to much of the region, including the Paracel Islands -- which are often a source of tension -- where China is carrying out five days of exercises until July 5.

These activities "further destabilise the situation" in the area claimed by China, Vietnam and Taiwan, the Pentagon said in a statement on Thursday.

But Beijing rounded on the criticism, saying Friday that the drills were "within the scope of China's territorial sovereignty." The US also regularly conducts so-called "freedom of navigation operations" in the South China Sea, with the US Navy sometimes sending warships to the Paracels. The region is believed to have valuable oil and gas deposits.

In April, a Chinese ship rammed and sank a Vietnamese fishing boat near the Islands, notching up tensions between the two countries.