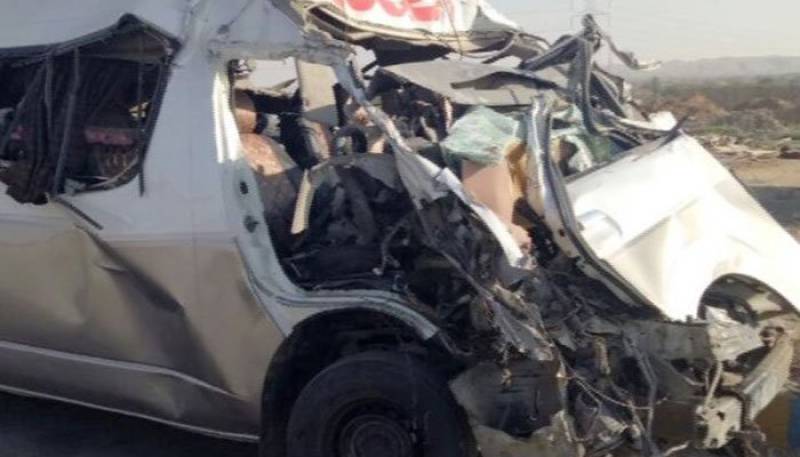 ATTOCK – As many as seven people were killed and four others were left injured in roadside accident near Attock motorway interchange.

According to initial reports, a truck rammed into a passenger van following which the van caught fire.

Recuse teams arrived at the site and shifted the victims to the nearby hospital.

Traffic police have started inquiry of the horrible accident.