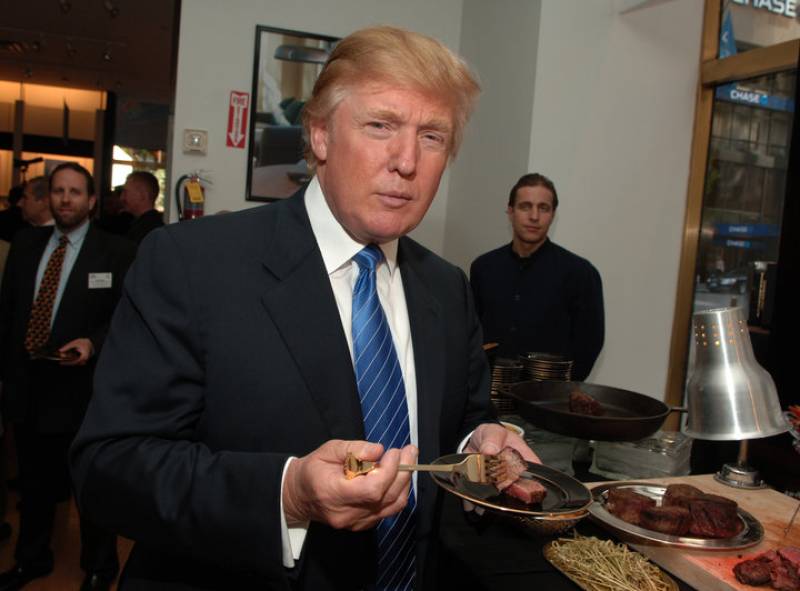 WASHINGTON - In what appears to be a recipe for reconciliation, US President Donald Trump will host the first-ever Iftar dinner at the White House this week in respect of the Muslim holy month of Ramazan.

The tycoon-turned-president is restoring a tradition of the previous US regimes that he had abandoned during his first year in Oval office.

According to US media, Trump will host the Iftar dinner on Wednesday but the guest list has not been released by the White House.

Each of former presidents Barack Obama, George W Bush and Bill Clinton held Iftar dinners during their presidencies, however, Trump did not uphold the tradition in 2017, at a time when he was intensifying anti-Muslim legislation.

However, Trump broke the centuries-old tradition in June last year and simply issued a statement.

"Muslims in the United States joined those around the world during the holy month of Ramadan to focus on acts of faith and charity," the statement read.

On the start of the holy month in May, Donald Trump issued a statement and sent greetings and best wishes to all Muslims observing Ramadan in the United States and around the world.

"Our Constitution ensures Muslims can observe Ramadan in accordance with the dictates of conscience and unimpeded by government.  By doing so, the Constitution also furnishes varied opportunities for all Americans to deepen their understanding of the human soul," it added

"As so many people unite to celebrate Ramadan, Melania and I join in the hope for a blessed month.  Ramadan Mubarak," the statement added.

Muslims all over the world fast during the days of this month and make special prayers at night and there is a majority of Muslims in the 'Land of opportunities' as well.

Besides the US, other countries including Canada and Germany also host Iftar dinner on an official level to cement the ties with Muslims.