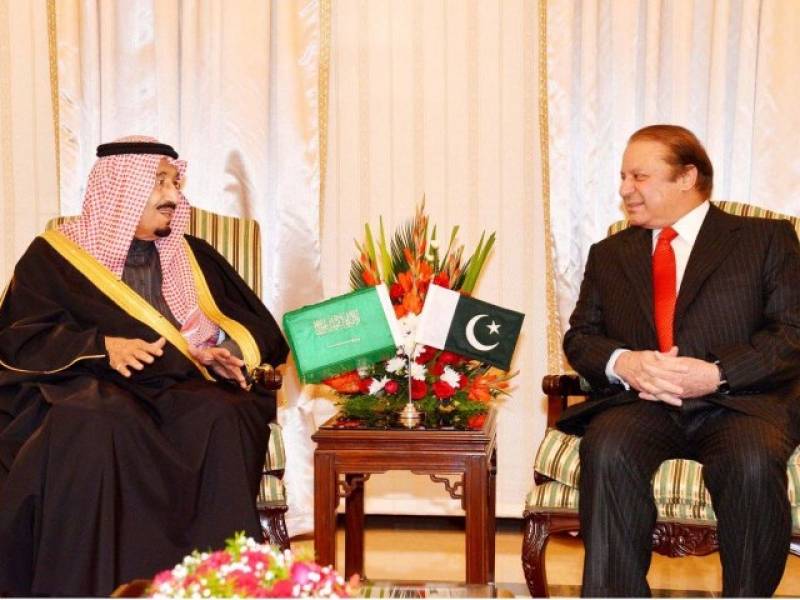 ISLAMABAD (Web Desk) – Saudi Arabia is going to press the Pakistan premier Nawaz Sharif, who is on two day visit to the Kingdom, for sending more troops to boost its defences against the threat of ISIS militants, Gulf News reported.

While diplomats stress the close ties between the countries, Sharif’s trip — his third this year — comes amid profound challenges facing the bilateral relationship, not least the continued flow of funds from rich patrons in Saudi Arabia to Islamist hardliners within Pakistan.

According to the report, the countries’ close relationship has been built on common security interests going back to the 1970s, when the Saudi oil boom created employment for a large number of Pakistanis. Islamabad deepened the relationship in the ensuing years by assuming responsibility for some of Saudi Arabia’s internal security needs.

“Saudi Arabia is both a friend and a source of a continuing problem,” Gulf News quoted a senior Pakistani official. “This relationship provides opportunities and challenges.”

It is not clear how many Pakistani troops there are currently in Saudi Arabia, though it is understood the numbers deployed are modest. And analysts say Islamabad is cautious about broadening its security relationship with the Kingdom.

“There is uncertainty in the Middle East as Saudi Arabia deals with the wider [ISIS]-related challenge,” says Mahmoud Durrani, a former national security adviser to Sharif. “Pakistan has to be careful to avoid getting embroiled in a relationship with the Saudis which only exposes us to new controversies.”

Riyadh has grown more anxious about security after the takeover of Yemen by Al Houthi rebels, say Western diplomats who have followed the Saudi-Pakistan discussions over the past year. “The Saudis are very keen to boost their security apparatus, and Pakistan as a friend with a history of services to the kingdom is of great interest,” said one.

Saudi Arabia — like Pakistan — faces a rising ISIS threat, while many accuse the government of having turned a blind eye to domestic preachers whose ideology underpins such groups.