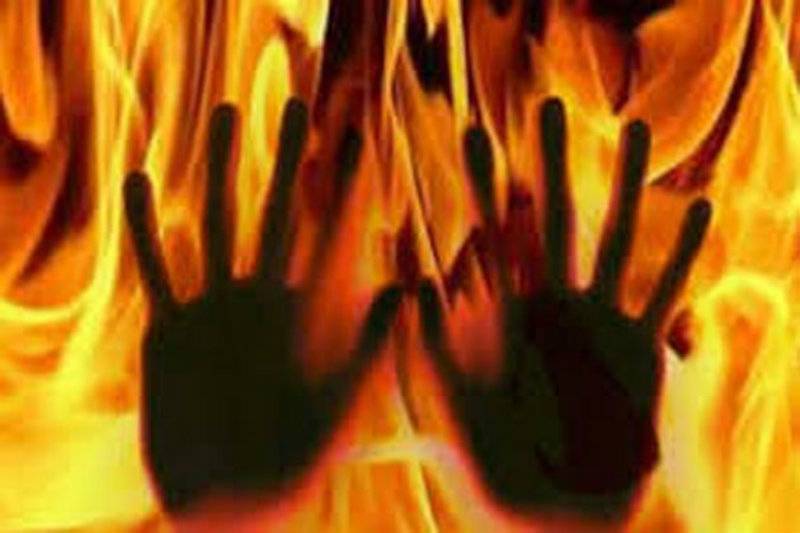 GUJRAT (Web Desk) - A woman Friday set her husband on fire after sprinkling petrol on him in Gujrat district of Punjab.

Rangpura’s 30-year-old resident Zeeshan tied knot with Kanwal two months ago. However; the wife went to her parent’s house after Zeeshan refused to transfer the ownership of the house on her name.

The husband went after her wife to bring her back home but a scuffle broke down after which Kanwal set him ablaze with the help of his brother Ahmad Raza.

On the other hand, the victim’s relatives are protesting as neither any treatment is being provided nor action is being taken on the incident.

The unusual incident comes days after the Punjab Assembly passed Protection of Women against Violence Bill 2015, making all crimes against the women an offence including domestic violence, emotional, psychological and economic abuse, verbal abuse, stalking, abetment of an offence, and cyber-crimes.