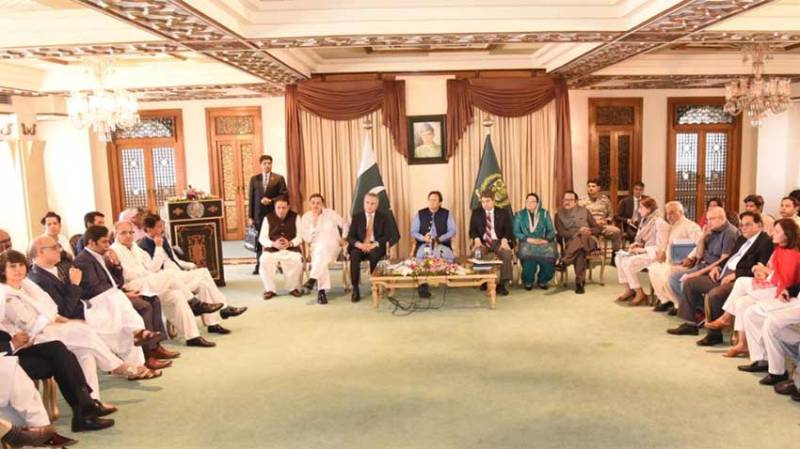 In an interaction with senior journalists in Islamabad, the premier said that the police and 'katchery' had been the main concern of the common man in Pakistan.

The Government lays the foundation of Legal Reforms in Pakistan. Tables the first series of Bills at the National Assembly. #InsafKaDaur pic.twitter.com/e9q1WBhdMn

He said the Whistleblower Protection and Vigilance Commission Bill will help curb corruption and corrupt practices.

The prime minister urged media to support the government to get these remarkable bills to sail through the parliament as it was the first step towards the reformation of the system.

Replying to a question, he said the government desires a positive behaviour from the opposition.

Law Minister Barrister Farogh Naseem, who briefed media about the salient features of the bills, said that under Enforcement of Women’s Property Right Bill 2019, the government had proposed to utilize the existing Women Ombudsperson for receiving the complaints of any woman deprived of ownership or possession or properties.

The law minister said another bill to safeguard the overseas Pakistanis against the fraudulent activities was also in process.

Foreign Minister Shah Mahmood Qureshi, on the occasion, told media that by passing the said bills, the impression of the parliament should be rectified.

He said the opposition had the opportunity to put in their contribution to improving the legislation.