American economic sanctions on Venezuela killed at least 40,000 from 2017: CEPR 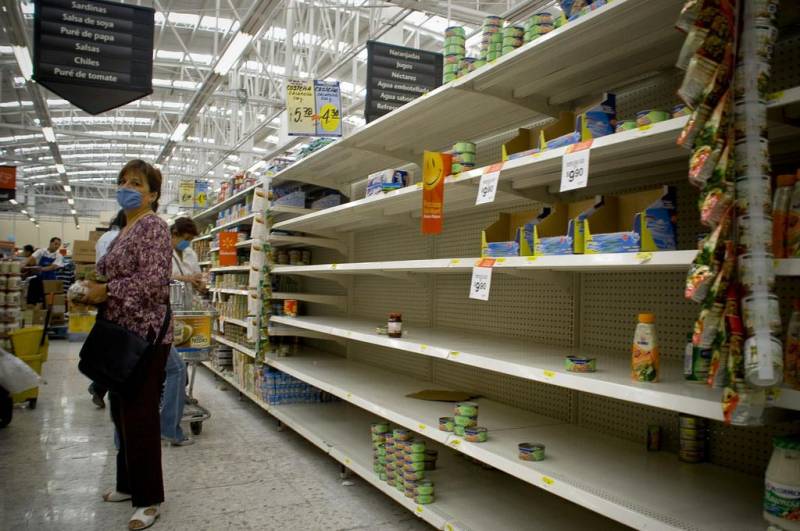 WASHINGTON – An economic research paper has reviewed the significant impacts of the United States’ (US) economic sanctions on Venezuela since August 2017, terming them ‘collective punishment’ as they resulted in the shortage of food and medicine besides enhancing disease and mortality in the country.

The Center for Economic and Policy Research (CEPR) finds that most of the impact of the sanctions, imposed by the US President Donald Trump, has not only strangled the economy of Venezuela, but it brought catastrophe to the civilian population.

The CEPR observed that the American sanctions deliberately aimed to wreck Venezuela’s economy and thereby lead to regime change. The “fruitless, heartless, illegal, and failed policy” caused grave harm to the Venezuelan people as it increased disease and mortality for both adults and infants, and displaced millions of Venezuelans owing to worsening economic conditions.

It started with sanctions in 2017 that prevented, essentially, the country from having access to international capital markets and the oil company from restructuring its loans, which brought hyperinflation into Venezuela.

The US sanctions-led economic crisis in Venezuela made it impossible for the government to revive the economy which harmed the poorest and most vulnerable Venezuelans.

According to the paper especially after the broad economic sanctions of August 2017 followed by the sanctions imposed by executive order on January 28, 2019 and of this year along with the recognition of a parallel government, created a whole new set of financial and trade sanctions that proved to be much more worst to the Venezuelan economy than the executive orders themselves.

The CEPR revealed that the sanctions are also illegal under international law and treaties that the US has signed, and would appear to violate US law as well.

The research claimed that due to the ‘illegal’ sanctions resulted in complete economic collapse and catastrophe due to which killed an estimated more than 40,000 people from 2017 to 2018 owing to the shortage of food and medical supplies.

These sanctions would fit the definition of collective punishment of the civilian population as described in both the Geneva and Hague international conventions, to which the US is a signatory.

Since August of 2017, President Donald Trump has imposed sanctions that deprived Venezuelans of lifesaving medicines, medical equipment, food, and other essential imports and have inflicted very serious harm to human life and health, including an estimated more than 40,000 deaths from 2017–2018.