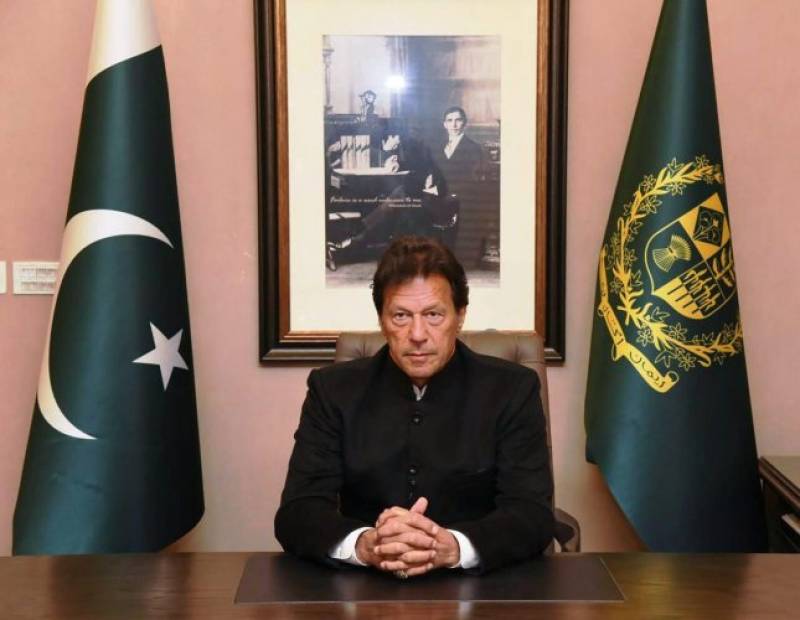 LAHORE - Prime Minister Imran Khan laid the foundation stone of Naya Pakistan Housing Scheme in Renala Khurd near Okara today (Saturday) with a resolve to fulfill the promise made by the government to erect 5 million homes during its tenure.

'40 industries are linked to the construction sector and as the houses start building, 40 more industries would see an uplift,' the premier asserted, adding that it would lead to the circulation of money and more employment opportunities.

The premier expressed that the Naya Pakistan Housing project would prompt an increase in the growth rate and ultimately would usher in an era of prosperity.

'Mian Mehmoodur Rasheed said building 5 million homes was difficult,' said the premier but hastened to add that we [government] has to made 5 million homes.

The premier elaborated that banks would lend money to the salaried class for building homes adding that the government had already amended relevant laws in this regard.

The Prime Minister detailed that a new program for slums would be introduced and flats would be erected for those residing in slums.

'Pre-fabricated houses are now being built at an unprecedented pace,' said the premier and added that new techniques would be introduced for erecting a multi-storey building.

Punjab cabinet has already approved the release of five billion rupees to the Punjab Housing and Town Planning Agency for the Naya Pakistan Housing Scheme.

The registration process for the Naya Pakistan Housing Programme began on October 22.