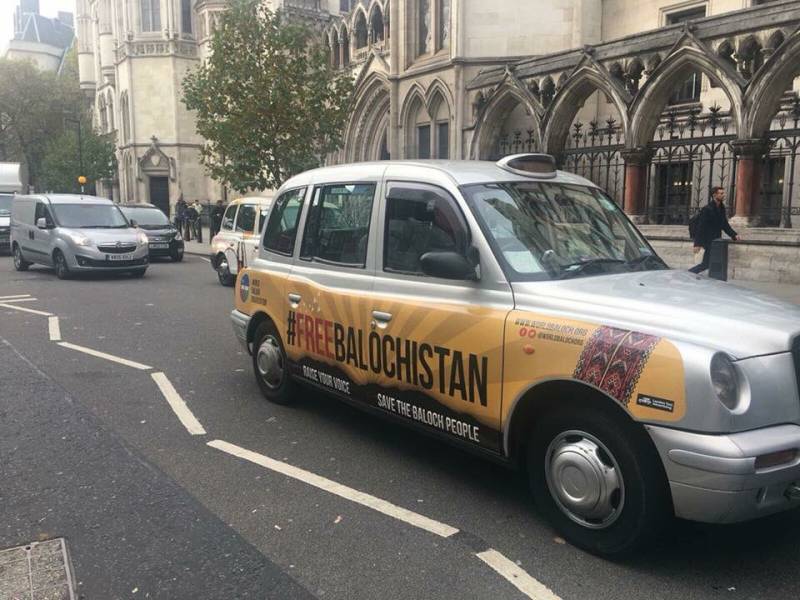 LONDON – Authorities in London have ordered the immediate removal of anti-Pakistan advertisement from cabs and launched a probe into the matter.

Just Spotted this taxi in London with Free Baluchistan Ad on it,
A frustrated attempt on our beloved country, Embassy must Tk it Seriously👎 pic.twitter.com/rFt9ncci8F

On Friday, Foreign Secretary Tehmina Janjua called in the British High Commissioner Thomas Drew in the Foreign Office and conveyed serious concerns on the issue.

According to a statement issued from Foreign Office, the High Commissioner was informed that Pakistan, in line with the UN Charter, rejects actions and advertisements with malicious content that impinge on our sovereignty and territorial integrity.

The issue was raised with the Foreign and Commonwealth Office by the Pakistan High Commissioner in London as well.

Pakistan High Commission Syed Ibne Abbas also held a meeting with the Transport for London (TFL) after the issue surfaced and highlighted the issue.

Following the complaint, the TFL issued orders to remove such slogans immediately from the cabs, besides launching an investigation into the matter. The UK authorities also assured that stern action will be taken against the perpetrators of the propaganda as it is against the native laws.

According to local media, a group named World Baloch Organisation (WBO) is behind the malicious campaign.

The campaign in London comes after a similar drive spotted in Geneva last month by an NGO called ‘Baluchistan House’.