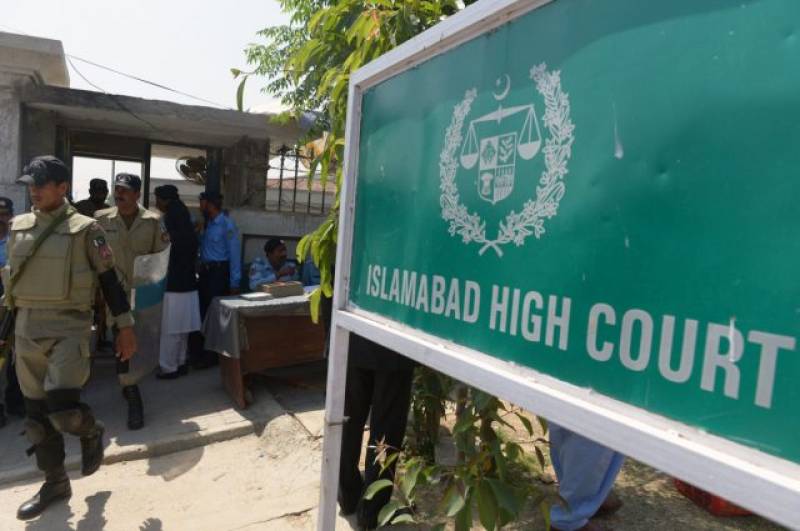 ISLAMABAD - The Islamabad High Court (IHC) Monday suspended the notification of the appointment of two new members of Election Commission of Pakistan (ECP) till the next hearing and termed the matter should be solved in Parliament.

A single-member bench headed by IHC Chief Justice Athar Minallah heard a set of petitions filed against the order of the federal government to appoint Sindh and Balochistan members of the election body.

He remarked that this matter pertained to the Parliament and it should be addressed in the House.

He said that the court had full confidence in Speaker National Assembly Asad Qaiser and Chairman Senate Sadiq Sinjrani in this regard.

During the course of proceeding, the IHC Chief Justice observed that the supremacy of Parliament was more important for the courts.

The elected members should resolve such issues at their own, he added.

The representative of National Assembly speaker and Senate chairman pleaded that three meeting had been conducted on the matter but it couldn't be resolved so far due to current demonstration in the federal capital.

To a query of the bench, he prayed the court to grant four weeks more time to his clients to find a solution to the issue.

The chief justice remarked that the retirement of chairman ECP was also not far-off, adding the ECP had become dysfunctional.

The court directed to resolve the matter before December 7 and apprise the bench at that date. The hearing of the case was then adjourned till December 5.

Earlier this year, the parliamentary affairs ministry had notified the appointment of Khalid Mehmood Siddiqui and Munir Ahmed Kakar as ECP members following an approval by President Arif Alvi.

However, Chief Election Commissioner Sardar Raza Khan refused to administer oath from the two new members, saying they were not appointed in accordance with Articles 213 and 214 of the constitution.

After the conflict erupted, the high court admitted a petition filed by Barrister Jahangir Khan Jadoon against the government’s decision.