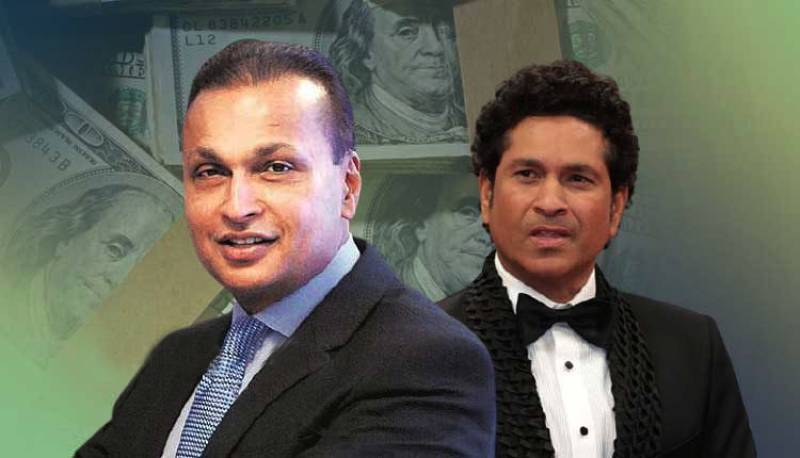 NEW DELHI – Around 11.9 million leaked documents expose the financial secrets of hundreds of Indians, while some of them are famous and already under probe by Indian officials.

The investigation, carried out by the US-based International Consortium of Investigative Journalists found that ‘the little master’ Sachin Tendulkar, chairman of Reliance Group and brother of India’s richest person Anil Ambani among 300 Indians that have been listed in the leak.

Reports in Indian media cited the name Tendulkar, among the named persons re-organized their offshore assets following the 2016 Panama Papers investigation. Tendulkar, his wife, and his father-in-law have also been named as Beneficiary Owners and Directors of Saas International Limited.

Meanwhile, the director of Tendulkar Foundation, said the investment was legitimate and was declared in the former cricketer’s income tax returns.

The chairperson of Reliance ADA Group and his representatives reportedly owned around 18 companies in Jersey, the British Virgin Islands, and Cyprus. Seven of these companies reportedly borrowed and invested at least $1.3 billion. The 62-year-old earlier told a court that he was bankrupt and his net worth was zero.

A statement issued by Ambani's lawyer stated “The Reliance Group conducts business globally and for legitimate business and regulatory requirements, companies are incorporated in different jurisdictions”.

The recent scandal also listed Congress leader Satish Sharma. Reports stated that 10 family members of Sharma are among the beneficiaries of the Jan Zegers Trust a declaration the late politician never made to the country's election commission.

The company was established in the Cayman Islands in 1995 when Sharma was the minister of petroleum and natural gas while a second trust was formed in 2015 when Sharma was a member of the Indian parliament.

The fugitive Indian businessman, and his sister, Purvi Modi, set up a trust in the British Virgin Islands a month before he fled in 2018. She has been named accused in a $2 billion money laundering case filed against Nirav Modi and Mehul Choksi.

Ajay Ajit Peter Kerkar, the CEO and director at Cox and KingsAjit Kerkar, now in jail, owned two trusts in the British Virgin Islands in 2010 and has connections with at least half a dozen offshore firms set up between 2010 and 2016. Many of the firms were reportedly set up by his partner Shyam Maheshwari.

Indian billionaire entrepreneur and the chairperson of Biocon has reportedly set up an entity that holds 19.76 percent in Biopharmaceutical company and has $85 million in various assets, including cash and real estate.

The leak revealed around 35 current and former world leaders including former British Prime Minister Tony Blair, the king of Jordan, and Kenya's President Uhuru Kenyatta among global business magnates who were affiliated with companies that use offshore tax-havens.

WASHINGTON – The United States has emerged as a leading tax haven, the Guardian reported on Sunday, citing ...