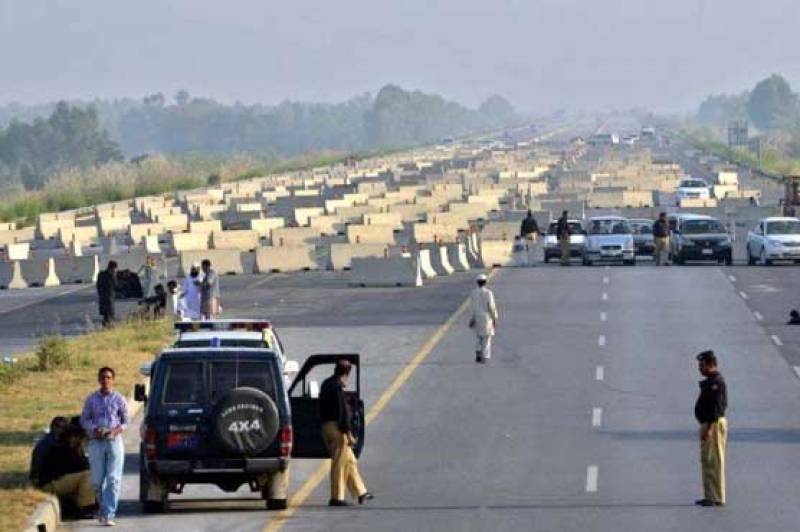 ISLAMABAD - Prime Minister Imran Khan has directed officials and government agencies concerned to reduce the number of check posts across the country.

A letter forwarded by the PM office on Wednesday also directed the concerned authorities to revise standard operating procedures to root out corrupt practices at check posts on highways in the country.

Taking notice of rent-seeking from goods transport by various government agencies, including Police, Excise and Customs through check posts at national highways, the Prime Minister has directed for immediate steps to check this practice. 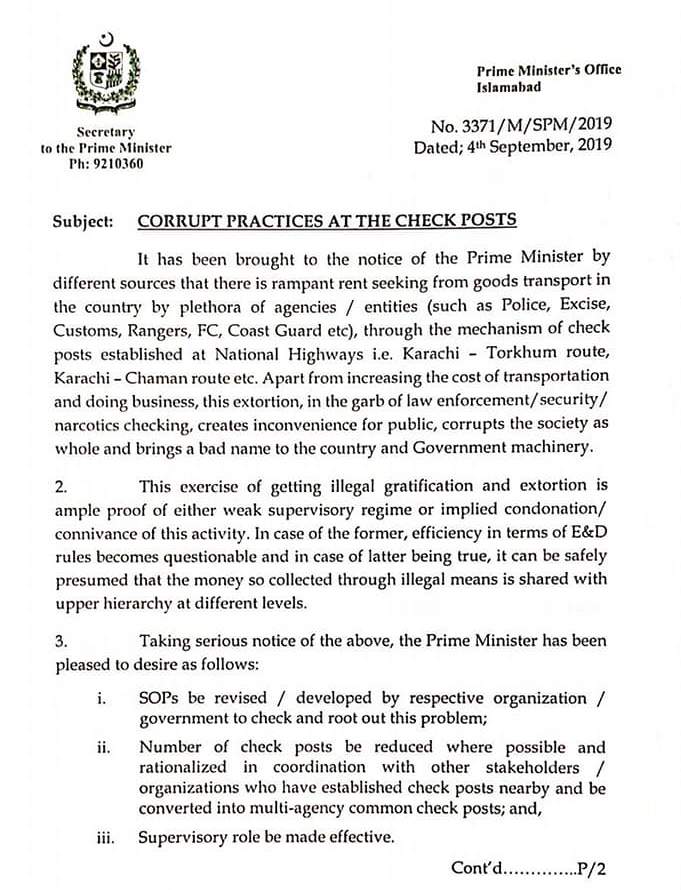 The secretaries of interior and narcotics, provincial chief secretaries, Chairman FBR and other concerned officials have been informed about the directives.

Prime Minister Imran Khan has directed that the exercise be completed no later than 5th of next month after which action will be initiated against not only the ground staff of various check posts but also against supervisory officers.