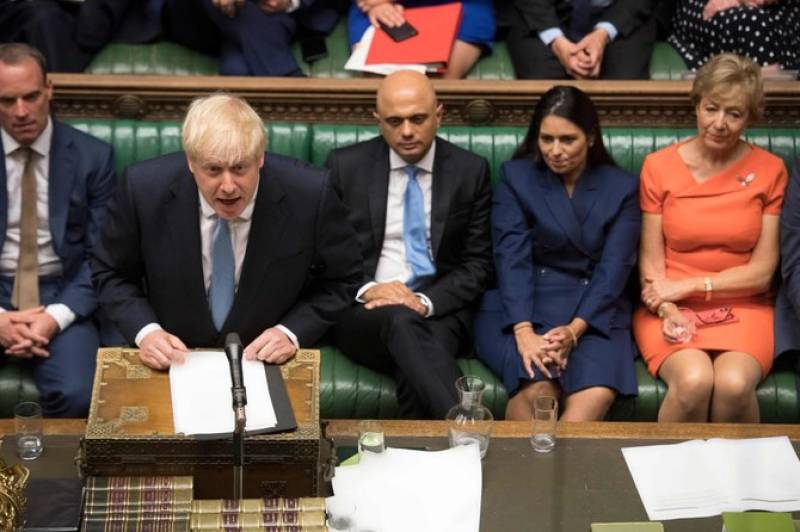 LONDON - In the British House of Commons, Tory rebels and opposition MPs have defeated the government in the first stage of their attempt to pass a law designed to prevent a no-deal Brexit.

The Commons voted 328 to 301 to take control of the agenda, meaning they can bring forward a bill seeking to delay the UK's exit date.

In response, Boris Johnson said he would bring forward a motion for an early general election, the Radio Pakistan reported.

Opposition Leader Jeremy Corbyn said the bill should be passed before an election was held.

In total, 21 Tory MPs, including a number of ex-cabinet ministers, joined opposition parties to defeat the government.

After the vote, Downing Street said those Tory MPs who rebelled would have the whip removed, effectively expelling them from the parliamentary party.

No 10 had hoped the threat of expulsion - and an election - would bring would-be rebels into line.