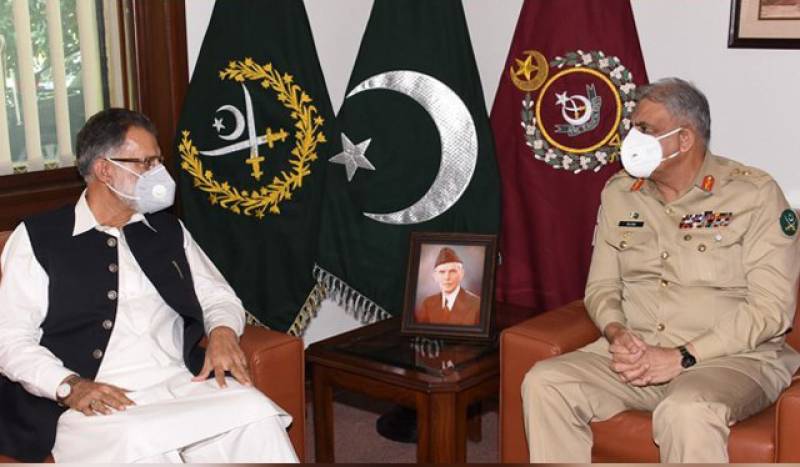 A press release issued by the Inter-Services Public Relations (ISPR) said the two had an in-depth discussion on the current situation at the Line of Control, along with Indian atrocities in the occupied Kashmir.

Pakistan’s top military commander assured the Army’s full flinching support and commitment to the Kashmir cause and the people of Kashmir.

Gen. Bajwa also felicitated him on the assumption of his new office and expressed his best wishes for the prosperity of AJK. Niazi also hailed Army’s contribution towards security and development in the valley.

COAS also congratulated PM AJ&K on assumption of his new appointment and expressed his best wishes for prosperity of the region of Kashmir.
Prime Minister AJ&K appreciated the Army's contribution towards security and development in AJ&K.
3/3

It further added that COAS also paid tribute to the icon of Kashmir Freedom Movement, Hurriyat leader Syed Ali Geelani for his historical and selfless struggle for Kashmiris’ right to self-determination.