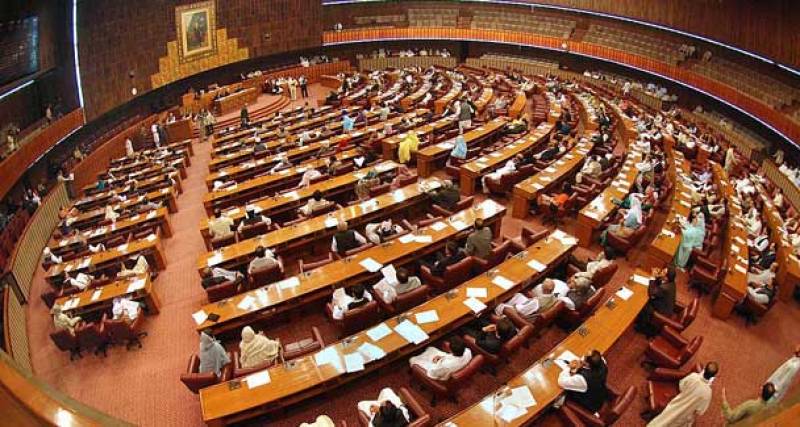 ISLAMABAD (Staff Report) - A joint session of Parliament is due to meet on Monday to discuss the ongoing crisis in Yemen and decide about Pakistan's possible role in the situation.

The session has been convened by President Mamnoon Hussain on the advice of Prime Minister Nawaz Sharif after a joint statement by opposition parties warned the government from taking any decision regarding Yemen crisis alone.

"The matter should either be discussed in Parliament or an All Parties Conference (APC) should be summoned in this regard," the joint statement said.

The session will presided over by Speaker of the National Assembly Sardar Ayaz Sadiq.

All of the parliamentary parties are expected to present their respective opinions about the situation of Middle East and any possibility of Pakistan's intervention into the conflict during the session.

A unanimous resolution is also expected at the conclusion of the session.

Pakistan Tehreek-e-Insaf (PTI), who was boycotting Parliament sessions while demanding a probe into the allegation of rigging in general election 2013, has also announced to attend the session as a judicial commission has been agreed according to their demands.