US urges Pakistan, India to jointly work on terrorism 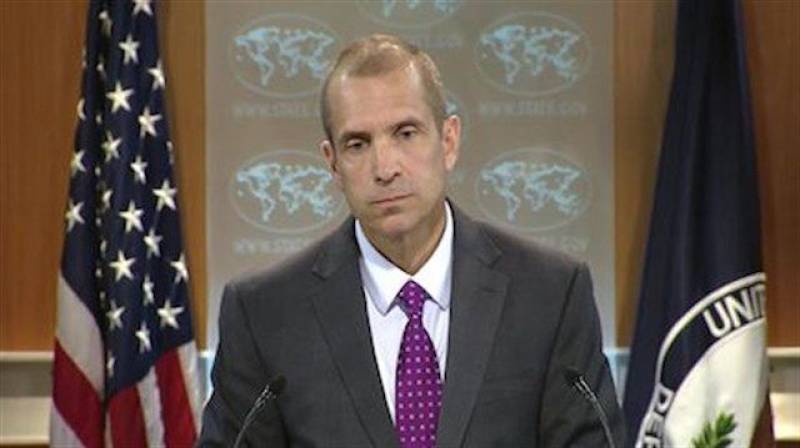 WASHINGTON (Staff Report) - The United States has called for joint efforts by Pakistan and India to counter the common issue of terrorism in the South Asian region.

Speaking at the daily press briefing, the State Department Spokesman, Mark Toner, said that the US appreciates regional dialogues between Islamabad and New Delhi while referring to the recent SAARC Interior Ministers Conference in Islamabad.

Responding to a query to this effect, he said: "Terrorism is obviously a reality in both countries, and they need to – in order to effectively confront it - work together and that’s something we’ve long encouraged."

"We advocate for closer cooperation, certainly, between India and Pakistan to deal with terrorist threats in both their countries," he added.

He went o say that it’s important for the two countries to talk about the areas of disagreement and some of the areas of concern among them at the forums such as SAARC.

When asked if the US would Pakistan to take action against the terrorists wanted by India, Toner said "I’m not going to get into the specifics of the back-and-forth except to say that we obviously believe that Pakistan needs to do all it can to confront all terrorists operating on its soil."

We’ve seen it making progress on this and we want to see more progress on its part by Pakistan, he added.