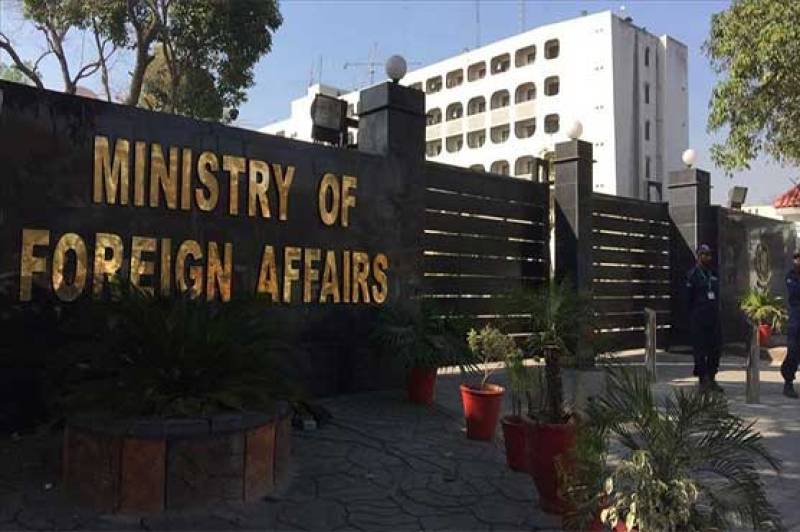 ISLAMABAD – The foreign secretary on Monday summoned the Indian High Commissioner (IHC) to the Foreign Office and conveyed a strong demarche on the announcements made and actions taken by the Government of India with regard to Indian Occupied Jammu and Kashmir.

The foreign secretary conveyed Pakistan's unequivocal rejection of the illegal actions as they were in breach of international law and several UN Security Council resolutions, the Foreign Office in a statement said.

Pakistan's resolute condemnation of the unlawful actions aimed at further consolidating the illegal occupation of Indian Occupied Jammu and Kashmir (IoK) was underscored.

The foreign secretary also condemned the preceding pre-meditated steps such as complete lock-down of IoK, deployment of additional 180,000 troops, imposition of curfew, house arrest of Kashmiri leaders and suspension of communication services, among others.

Pakistan's consistent opposition to all Indian attempts to change the demographic structure and final status of IoK was emphasized.

The foreign secretary called upon India to halt and reverse its unlawful and destabilizing actions, ensure full compliance with UN Security Council resolutions, and refrain from any further action that could entail serious implications.

UNITED NATIONS - The United Nations Sunday appealed to India and Pakistan to exercise "maximum restraint" amid ...

The foreign secretary reiterated that Pakistan will continue to extend political, diplomatic and moral support to the indigenous legitimate Kashmiri people's struggle for realization of their inalienable right to self-determination.