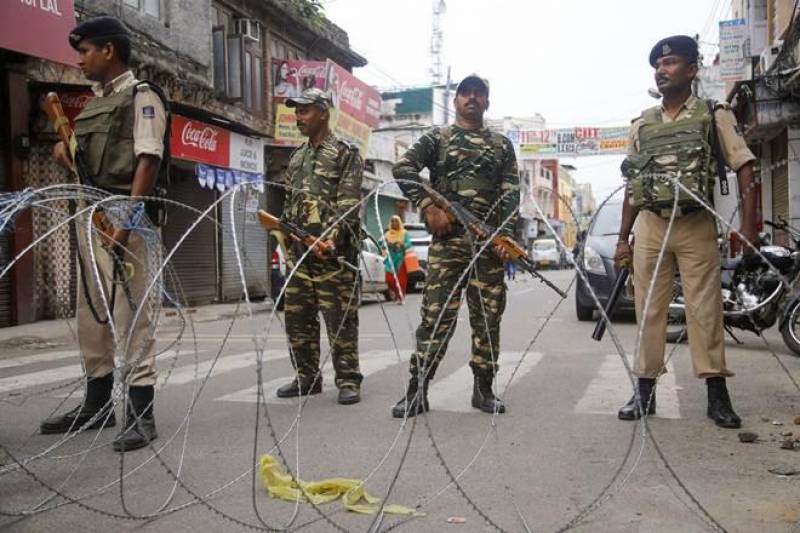 SRINAGAR - In Indian illegally occupied Jammu and Kashmir (IIOJ&K), the curfew and strict restrictions have been imposed to prevent people from holding anti-India demonstrations on Youm-e-Istehsal, being observed today (Wednesday) on the completion of India’s illegal actions of 5th August, last year.

According to Kashmir Media Service (KMS), the occupied territory has already been under military siege since August 05, last year, when Narendra Modi-led fascist government of India repealed the special status of Kashmir.

Indian troops have been deployed in strength across the occupied territory to keep the people indoors.

The Indian authorities have sealed most of the roads and market places. Announcements were made on loudspeakers wherein people were asked to stay inside their homes. No movement of people is being allowed.

Meanwhile, complete shutdown is being observed in Indian illegally occupied Jammu and Kashmir as a mark of protest against continued military siege and Modi regime’s nefarious plans to change the demographic profile of the territory. Call for the strike has been given by the veteran Hurriyat leader, Syed Ali Gilani, and supported by almost all Hurriyat leaders and organizations.

Markets and business establishments across the occupied territory are shut while public transport is off the road.

Pakistani flag was hoisted on main road Bemina on the outskirts of Srinagar city. Posters with ‘Go India go back’ slogans were seen pasted on walls, pillars and polls in various areas of the held-valley.