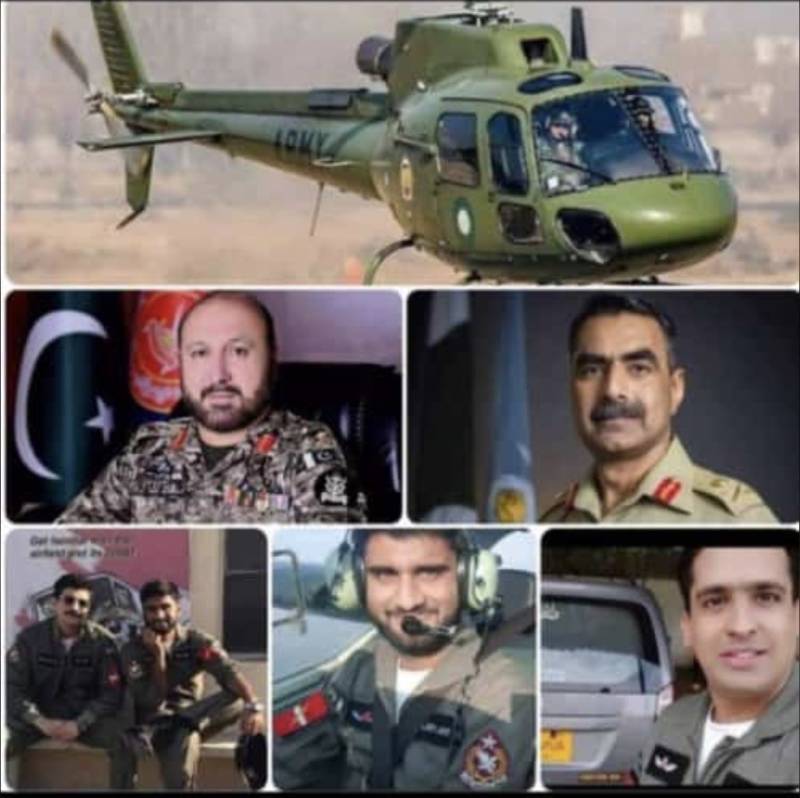 ISLAMABAD – The Pakistani military on Friday condemned the negative campaign on the social media following an unfortunate helicopter crash in southwestern Balochistan earlier this week.

According to the Inter-Services Public Relations (ISPR), the online campaign caused “deep anguish and distress” among the families of martyrs and rank and file of the armed forces.

“While the whole nation stood with the institution in this difficult time certain insensitive quarters resorted to hurtful & derogatory comments on social media,” the military’s media wing said in a statement.

DG ISPR Maj-Gen Babar Iftikhar, while talking to a private TV channel, also called for a collective national effort to counter such propaganda.

As many as six personnel of Pakistan Army, including Commander 12 Corps Lt Gen Sarfraz, embraced martyrdom in the tragic crash when an army aviation helicopter went down due to bad weather on Monday evening near Balochistan's Lasbela.

The wreckage of a military helicopter was later found in Musa Goth, Windar — around 80km northwest of Karachi on Tuesday.