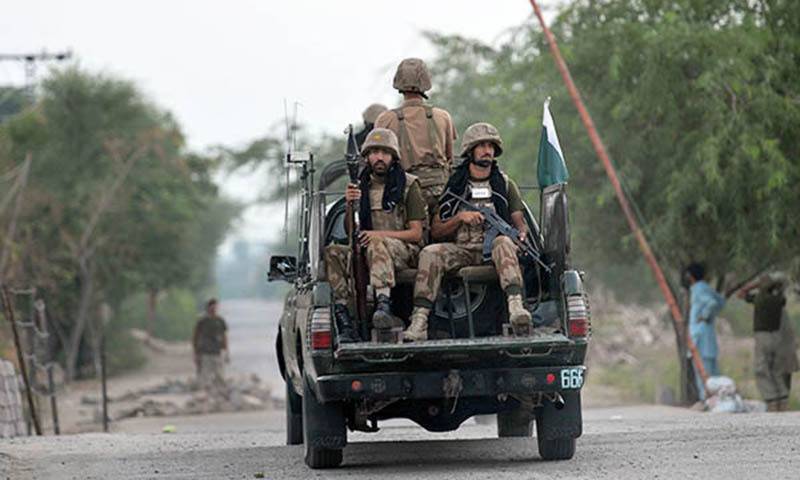 ISPR in a statement said that intense fire exchange took place between security forces and terrorists during the operation, adding that troops effectively engaged the terrorists’ location.

Resultantly, five terrorists got killed. The security forces recovered weapon and ammunition from the killed terrorists.

During the operation, a 25-year-old Sepoy Nasir Khan embraced martyrdom.

The killed terrorists remained actively involved in terrorist activities against security forces and killing of innocent citizens. ISPR said sanitization of the area is being carried out to eliminate any other terrorists found in the area.