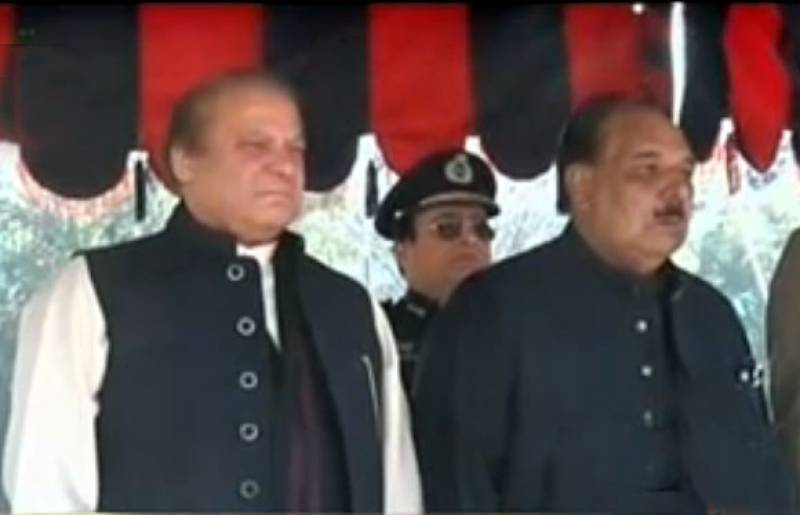 President, the Prime Minister, and the leader of Opposition of Azad Kashmir received Nawaz Sharif at the airport. He was also presented with an guard of honor on his arrival.

The Pakistan Prime Minister would address joint session of AJK Legislative Assembly and the Council.

In their separate messages on the occasion of Kashmir Solidarity Day, they salute the brave, valiant and courageous men, women and youth of Kashmir who laid their lives for the sacred cause of freedom in the last 68 years.

They said all the Indian brutalities and atrocities have failed to deter the people of Kashmir from their cause for freedom from Indian oppression.

Pakistan is committed to a just and peaceful resolution of the Jammu and Kashmir dispute in accordance with the UN resolutions.

They urged the international community to fulfill its promise made with the people of Jammu and Kashmir 68 years ago.

The President and the Prime Minister said peace in the region would remain elusive until the resolution of the Kashmir dispute.