Raped, tortured, and killed: The broken children of Pakistan 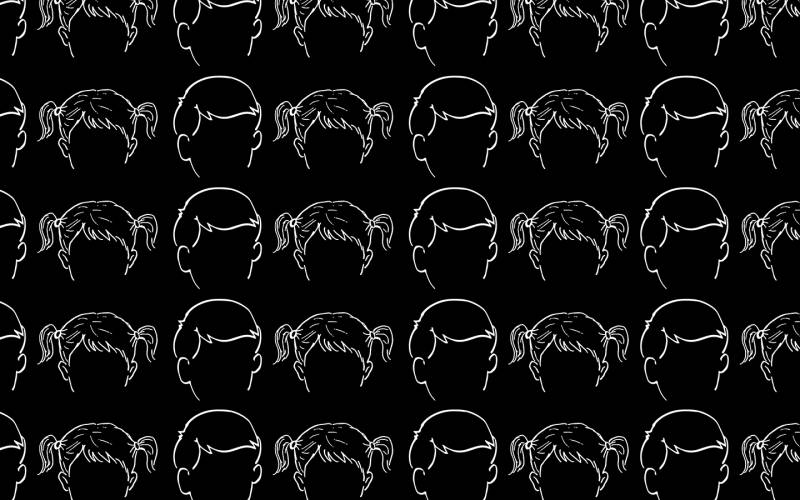 Every once in a while a horrific story of rape and murder of a child shocks the nation and momentarily wakes it out of a deep slumber, generates activism, and then, after some time passes, we all go into hiding and avoid the topic until the next such incident happens.

Our ‘national shame’ and stigma attached to the topic make us ignore the horrors a victim go through after being abused or assaulted. According to a report by Sahil, approximately 100 children are raped and killed every year in Pakistan and approximately 11 cases of sexual assault against a minor are reported on a daily basis. But these stats don’t help us recognize the true scale of the problem since there is no way to track all the unreported cases.

Maybe it’s time we all realize the true picture and start talking about it, not only to keep our kids but others safe too.

According to WHO, child sexual abuse is the involvement of a child in sexual activity that he or she does not fully comprehend, is unable to give informed consent to, or for which the child is not developmentally prepared and cannot give consent, or that violates the laws or social taboos of society.

10 stories of dismay and distress 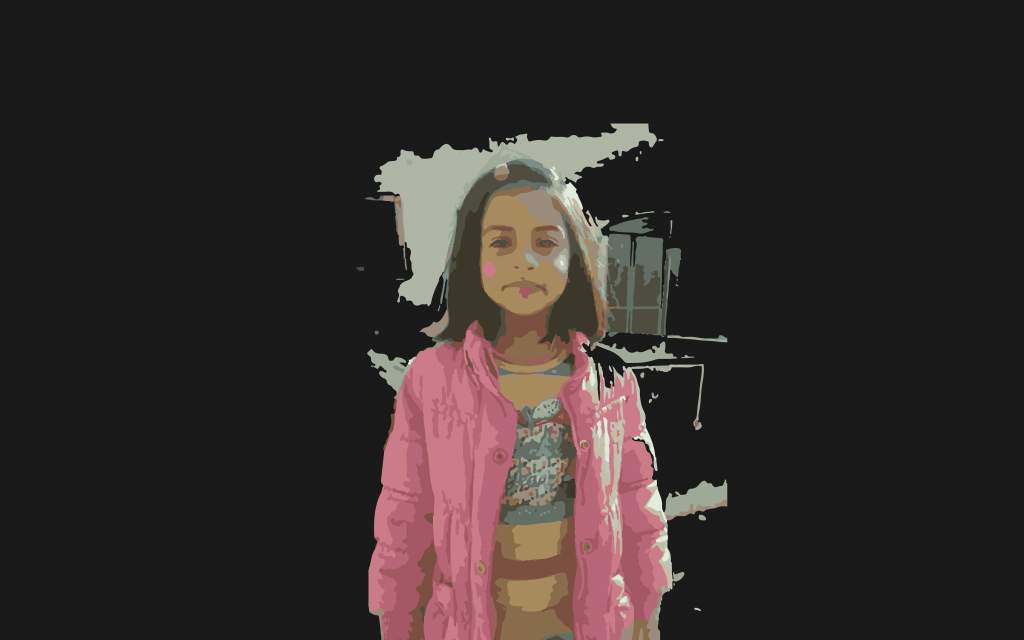 Zainab Ansari was kidnapped on 4th January 2018 from Kasur as she was on her way to her lessons. Her body was found dumped near a garbage pile on 9th January. The autopsy reports suggested that Zainab was tortured and raped several times. According to the report, Zainab’s hymen was ruptured, her thyroid bone was broken, indicating strangulation, and there were marks of torture on the minor’s nose and neck.

Zainab’s culprit has been caught and is on judicial remand. 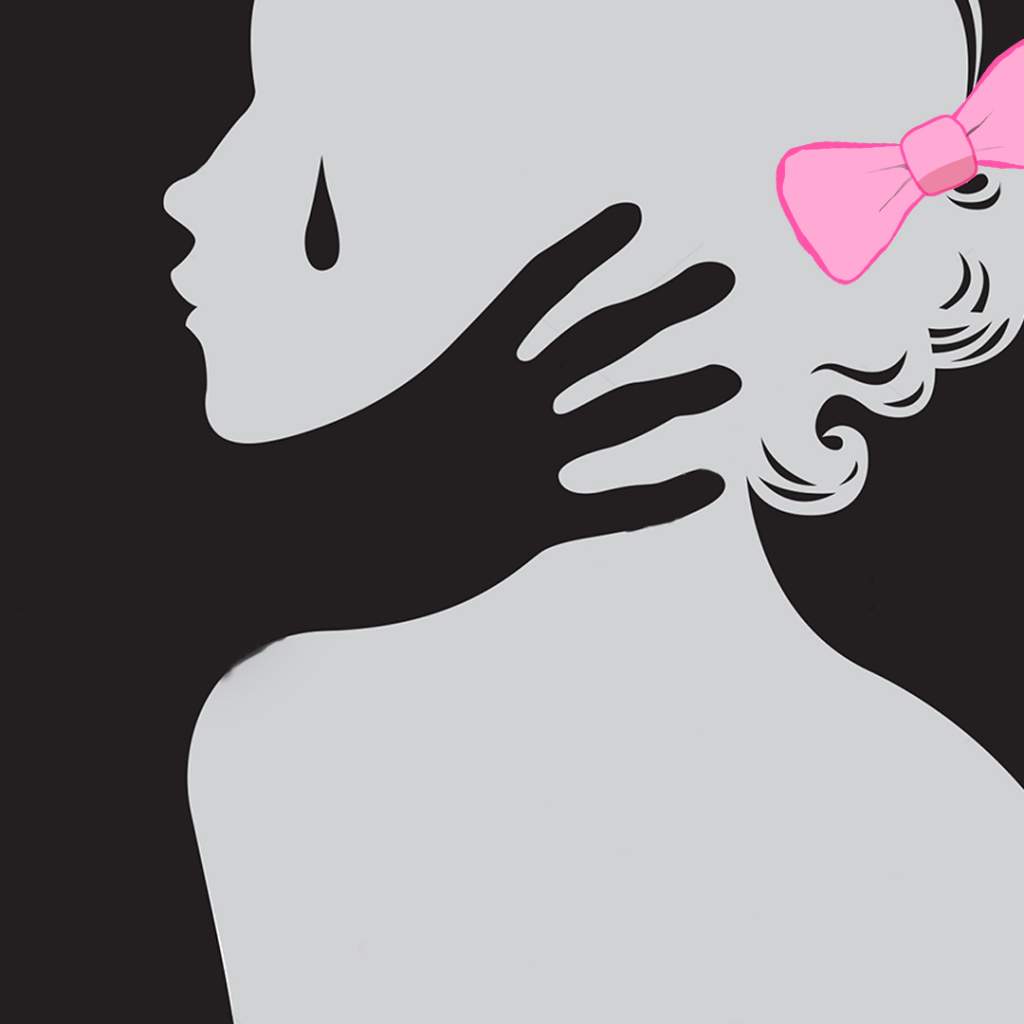 The 4-year-old had gone missing while playing outside her house in Jandarapar Gujjar Garhi, Mardan. Her body was found on 14 January 2018. According to the autopsy report, the child was raped and then strangled. Little Asma died of asphyxiation. The suspect was arrested. 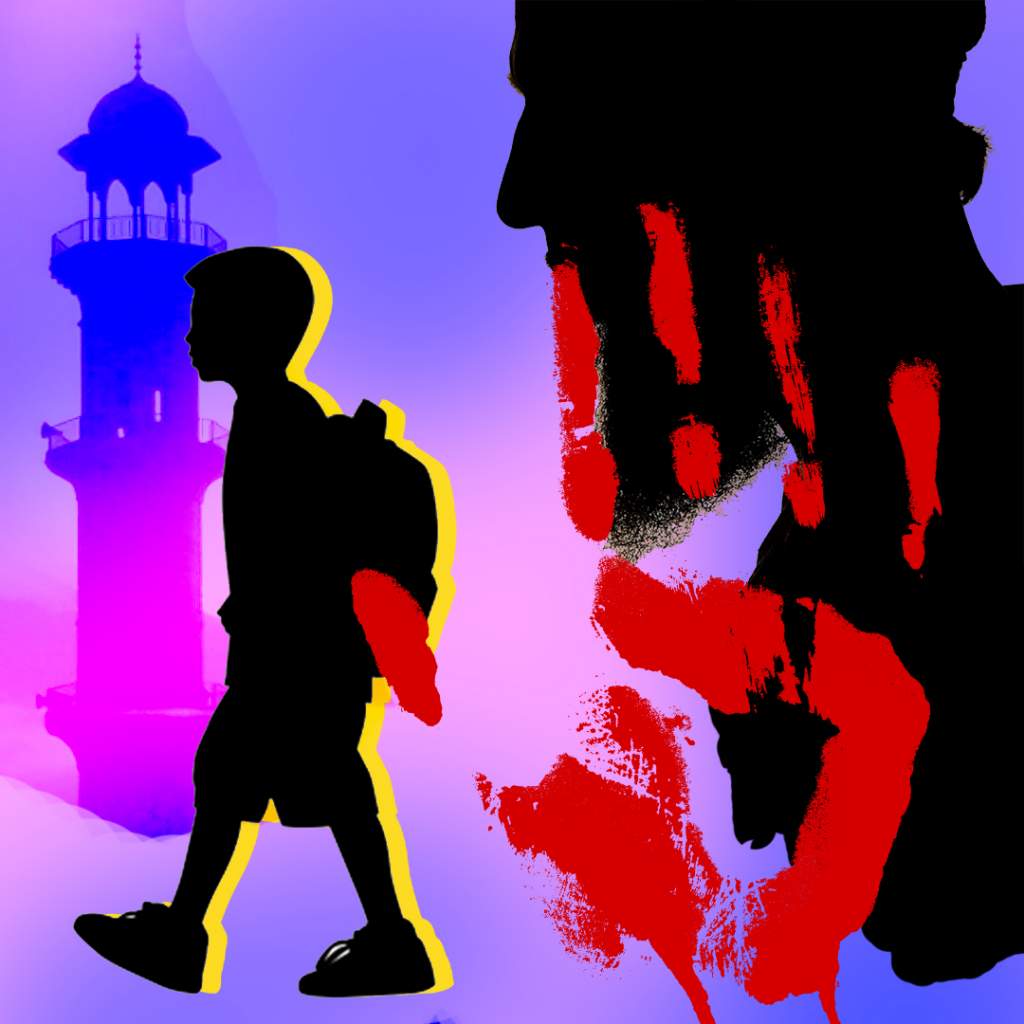 The body of 6-year-old Moin, who had gone missing earlier from the Green Town area of Lahore, was found on the rooftop of a mosque. The child was raped by the mosque imam, who then killed the minor and hid his body on the rooftop.

The culprit was caught. 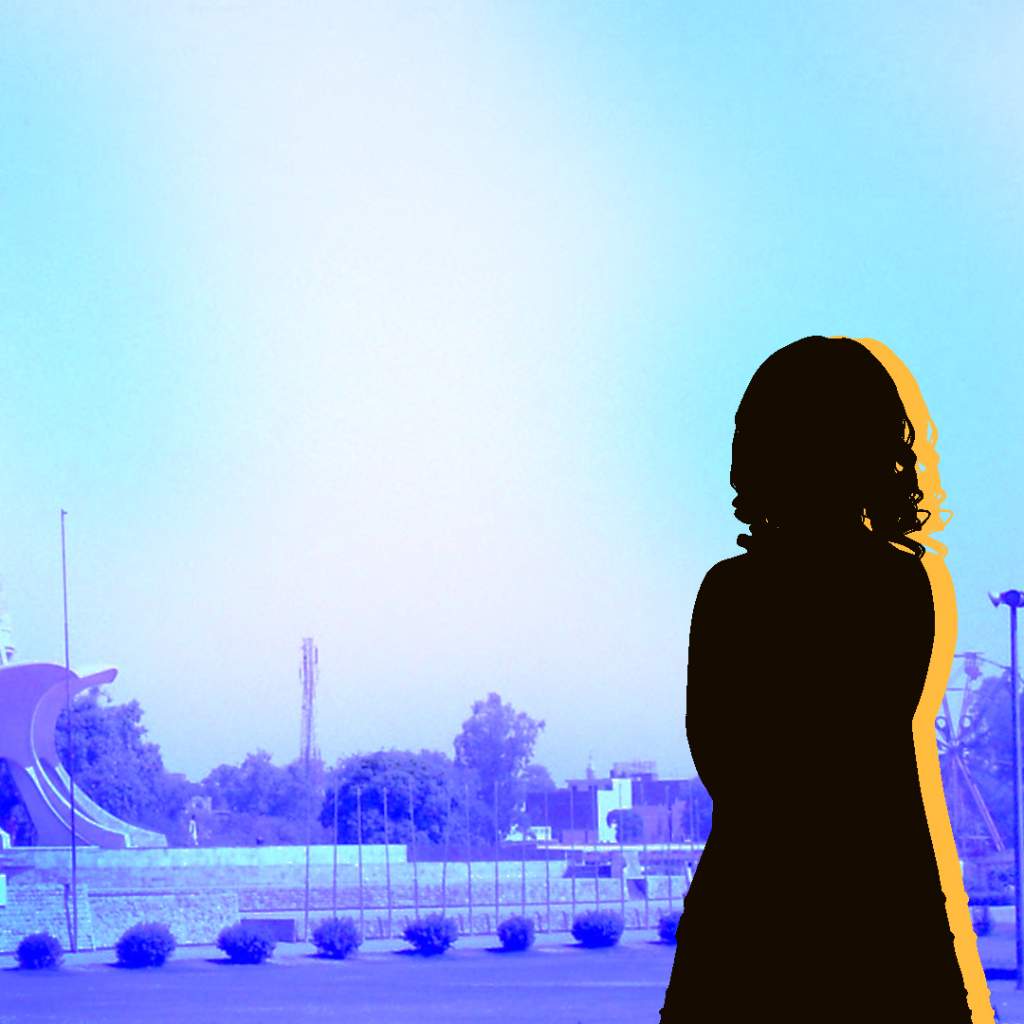 Iman was raped and choked to death in Umar town area of Shalimar, Lahore. Her body was recovered on July 1, 2017, with her hands roped and tied to a chair. The autopsy report suggested that she was subjected to torture and rape and was then strangled to death.

Police registered a case against unknown people. However, there was no follow up reports on media. 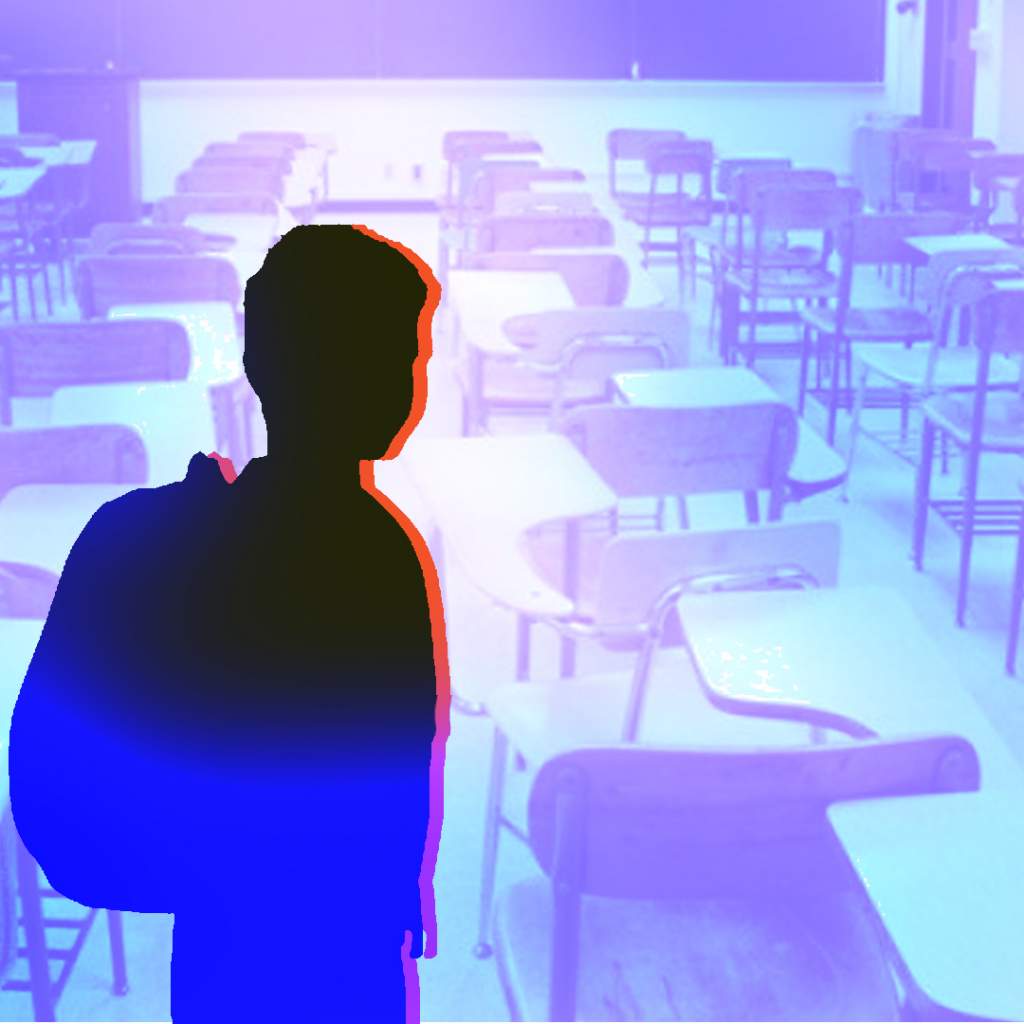 The minor was a student of class five and was kidnapped while returning from a tuition academy in Sahiwal. The student was subjected to torture and raped and was later killed. The investigations lead by police suggested the involvement of two academy fellow. The culprits were convicted and awarded 75 years of imprisonment. 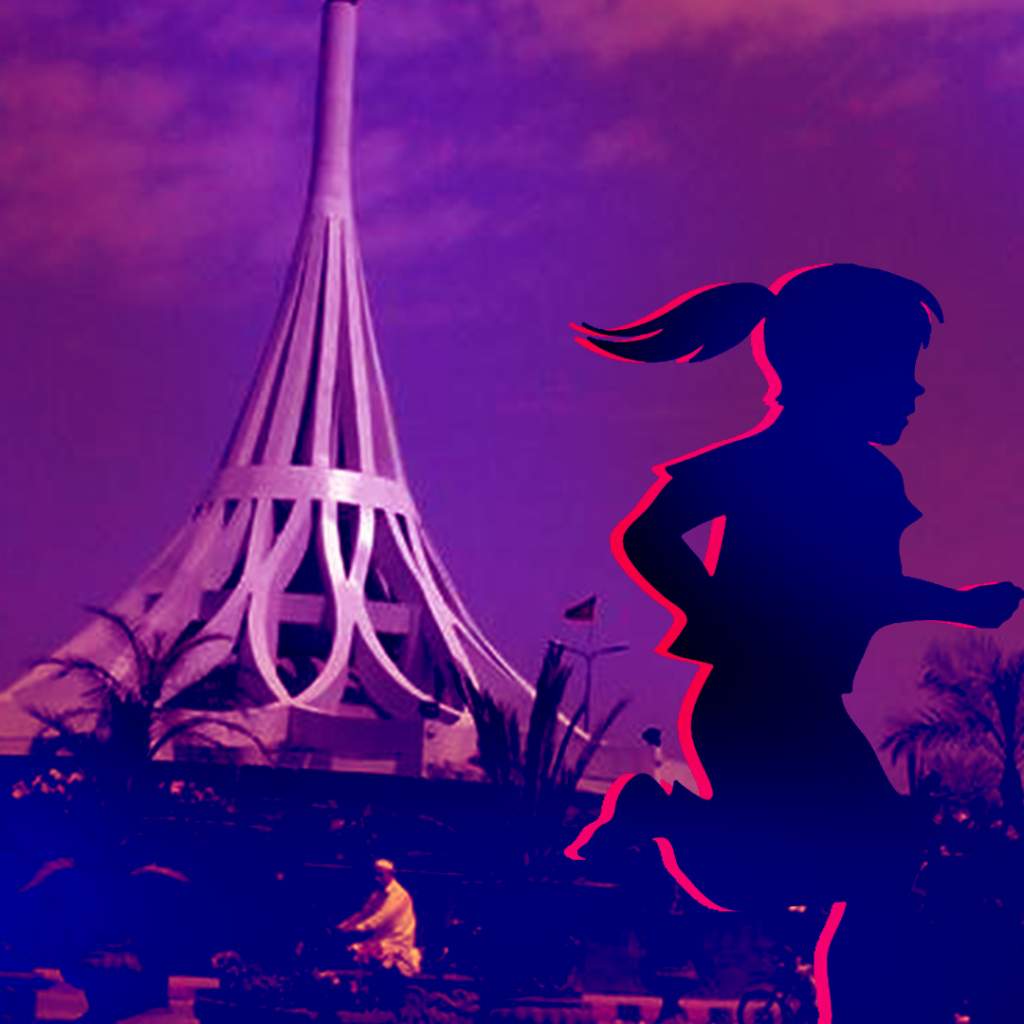 The child’s body was found near a stream in Korangi in January 2017. According to the autopsy report, the child was subjected to severe torture thus bore marks and bruises around the neck and hands. The 8-year-old was raped inhumanly and her body was dumped near a stream. The girls family had only moved to Korangi only a few days before the most unfortunate incident.

The police narrowed down a neighbour as a suspect; however, there was no follow up available on if the responsible were arrested. 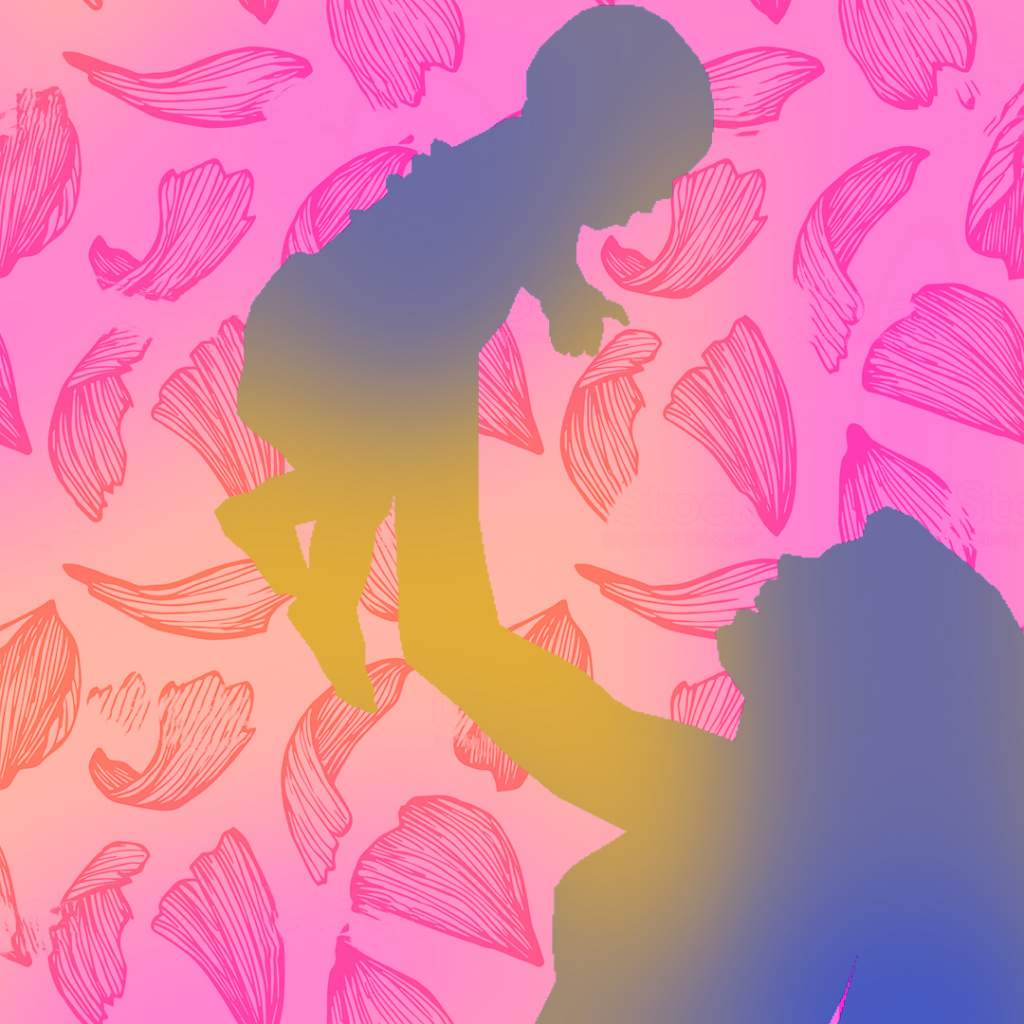 The three-half-year-old minor was kidnapped from the outskirts of Islamabad in April 2017. She was sexually assaulted and then strangled to death. Her body was found in the backyard of her family home in Jhagi Syden.

The police investigations suggested an acquaintance be involved; however, no follow up report was available on the arrest of suspects. 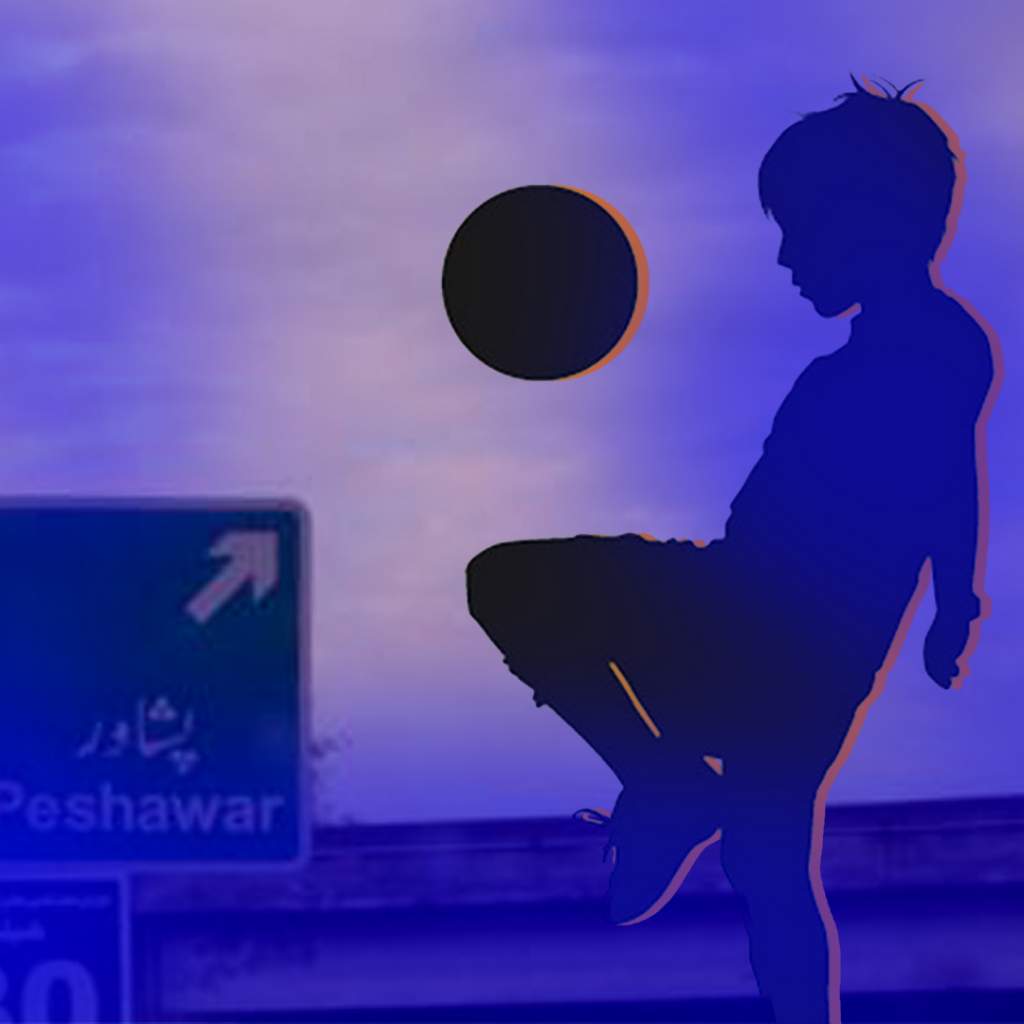 The minor’s body was found inside the shrine of Qalandar baba, Surizai, Peshawar, in April 2017. He had gone to a local mosque to study the Quran with his brother and on his way back he stopped to catch a kite while his brother went home. His body was found later with marks and bruises.

The autopsy report confirmed that the 3rd-grade student was subjected to rape and then killed. 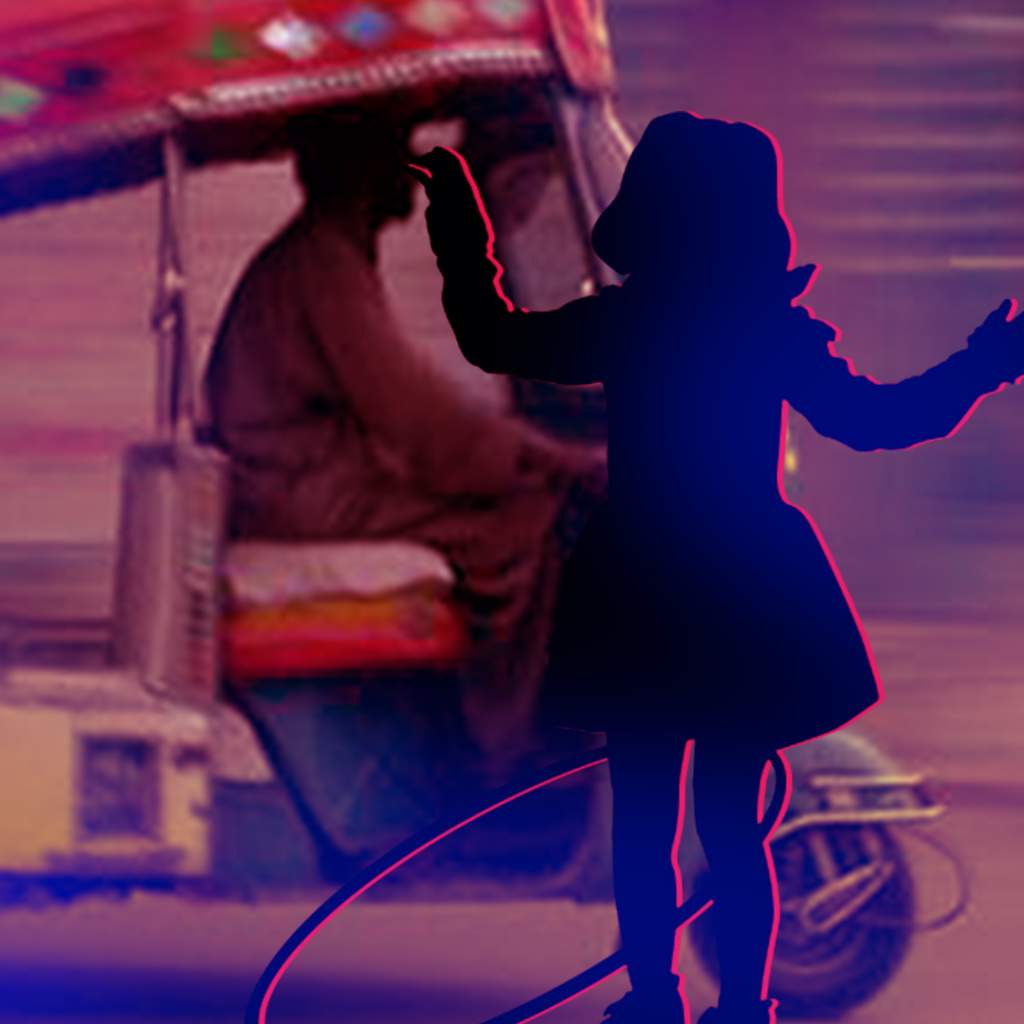 The minor was a daughter of rickshaw driver and went missing in November 2017 in Lahore. Her body was later found near a pile of garbage. The autopsy report confirmed that the victim was subjected to rape. 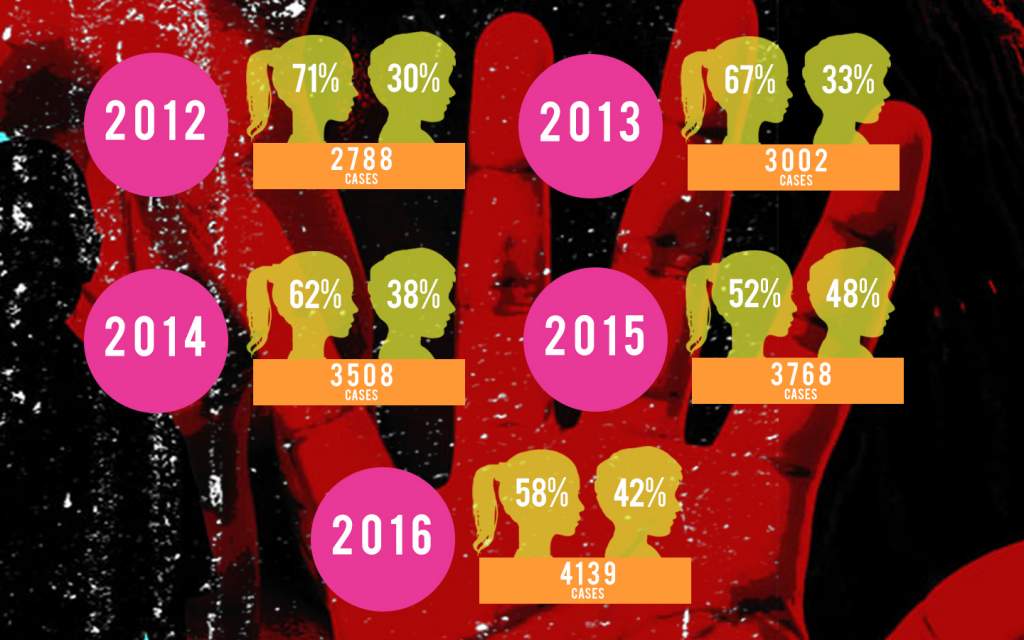 The increase in the number of reported cases shows that the silence and stigma related to child abuse is finally breaking to some extent. 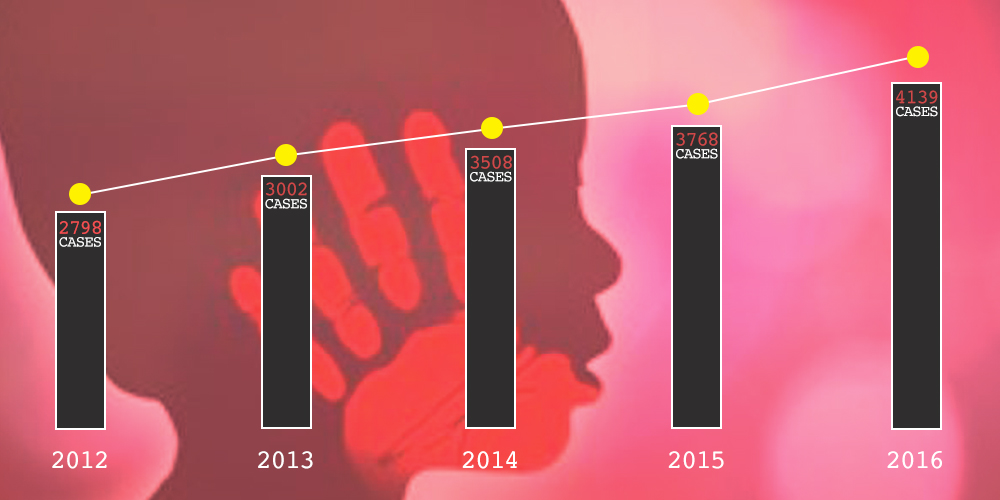 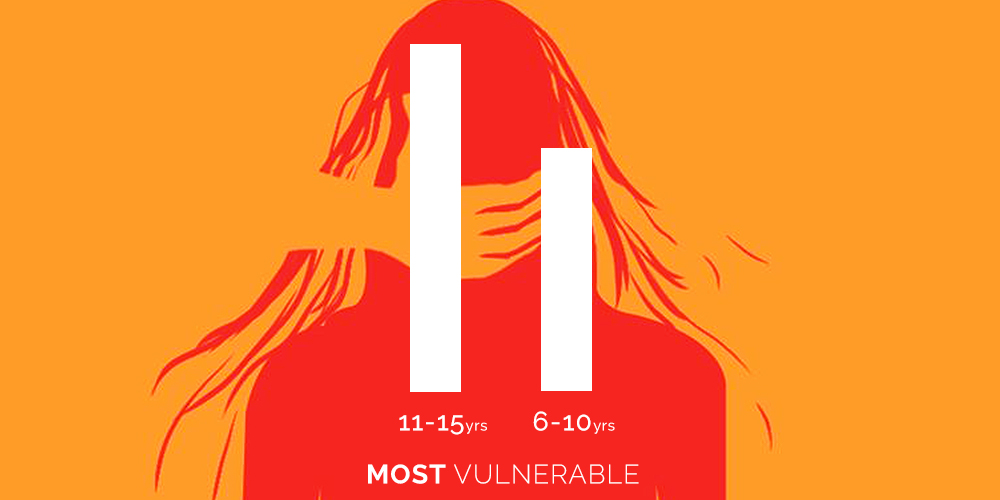 Child abuse is a global problem and pervades all the cultures, communities and socio-economic strata. The effects of abuse can be very deep and life-changing for the victims thus, there is a need to address the topic properly. However, the cultural barriers and taboos attached to the subject make it a very difficult issue to talk about.

Experts agree that the child assault cases are under-reported in Pakistan. The child assault cases in Pakistan are apparently under-reported. All the above-mentioned statistics are the numbers of reported cases and speculations are that the number of unreported cases are far greater than these reported. In South Asian cultures, the family’s honor is usually associated with a child’s (especially a female child’s) perceived sexual chastity and being subjected to sexual assault can bring dishonor to the family and ruin their repute in eyes of their peers. Thus, if a child is harassed, inappropriately touched or raped, parents tend to hide it instead of reporting it.

This so-called definition and understanding of honor has made the concept of sex education or talking about it a prohibition, thus, making children more vulnerable to such attacks.

After Zainab Ansari’s case emerged, the whole country was outraged. Social activists, celebrities and people from all the walks of life, came out to show support for Zainab and demanded justice. Some pointed out the shame associated with talking about the child abuse and shared the horrific experiences they had as a child. Following are the few accounts shared by a group a people, the names are kept anonymous at their request. 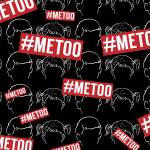 “I was abused when i was 10 years old by a neighbor who was elder brother of a friend. It didn't go on regularly but quite often and wasn't very serious just touched and told to touch inappropriately.

I didn't know it was wrong only after a year or so when i realized myself and refused one day. It didn't happen after that and i have never told this to anyone in my family and just buried it in the past. But i do remember this abuse in my sub conscious. Have you been abused and will you teach your children at least on your level if the governments don't push to add this in curriculum?” 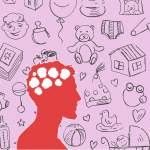 “We can’t ignore the fact that not only males, there are females too, tuition teachers, house maids, especially young maids kept to take care of babies whole day. A maid I know was doing this [sexually abusing] to my friends 3 sons under 9 years of age.”

“I left mt 5-year-old son at my sister’s house and went to library to prepare for an exam. Everything went fine till a month later when my son just randomly commented, “The gardener uncle at khala’s place has long private parts”. I was stunned, shocked and very scared.”

“My best friend was raped, killed and dumped by a laborer. I was 7 at that time and hours before he was killed we were playing together. I never recovered from the shock.”

“I think 90% of us have been abused. I was too by a hara** Qaari Sahib, a friend’s father and the school’s principle as a 6-year-old. I never understood what it was but felt it wasn’t right. We’ve all been there. I wish parents had spoken to me about this. I could have told them about it and wouldn’t have to go through the humiliation that I felt as a child. I definitely will teach mine and I am pretty sure I’ll be a psycho mother who keeps her children close to her 24/7.”

“#metoo. Don’t remember how young I was when I was sexually abused, probably 6 or 7. I had a very rough childhood because of that and I have repressed most of my memories to overcome the trauma. About my kids, we’re very candid with them. We love in a small apartment, the qari is an old acquaintance and a trusted person but he sits in the lounge on the sofa where we can keep an eye on him.”

“First person who molested me was cousin of my mother. I was in third grade and didn’t tell anyone. Then there was a barber in front of my house who took advantage of me as a child. It was traumatic for me.”

“I was molested as a child and I never had courage to tell it to my parents. In south Punjab these cases are so common and people often take pride for molesting others. This isn’t okay.”

Let’s talk about it; identify the victims, sympathize with them and stop it altogether

According to a survey conducted by Daily Pakistan, 6 out of 10 adults said they were harassed as a child. 7 out of 10 said they didn’t have any idea about good touch and bad touch and they never talked about the assaults to anyone and wouldn’t because of the shamed associated with the topic. 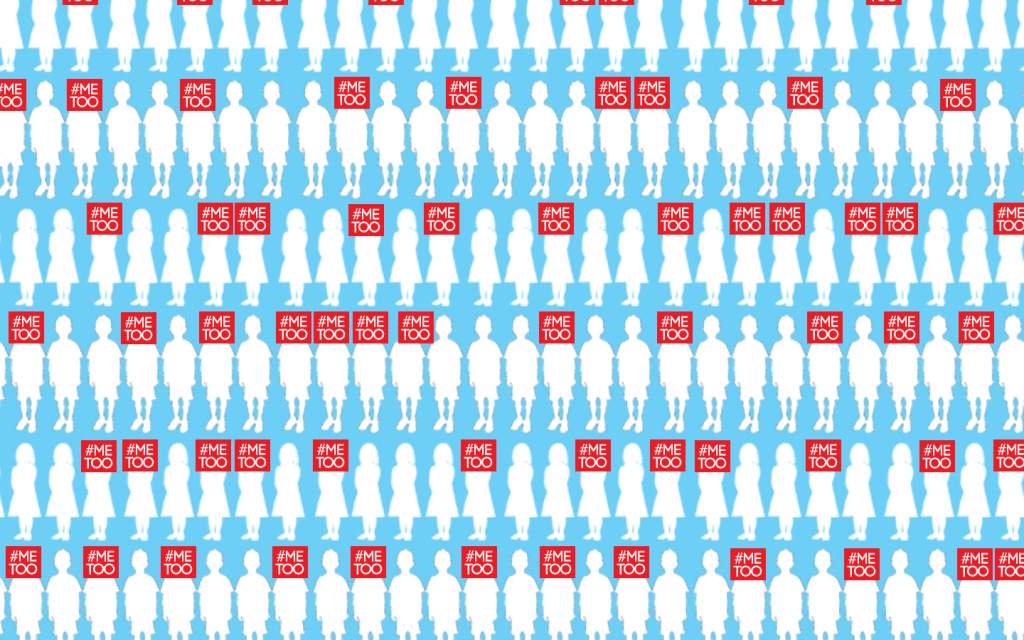 Just imagine if talking about abuse wasn’t considered immoral or something to be humiliated about, how many children we would be able to save from the most unfortunate fate.

According to experts, to teach your kid the concept of good touch and bad touch is crucial. Only then they can know for sure and will be able to say ‘NO’ or report back to their parents/guardians. However, the stigma attached to it doesn’t allow it to be openly discussed and thus we are making our kids vulnerable to such attempts.

protecting children from sexual assault is not the responsibility of government or a single agency. It falls on all the governmental and private institutes. In addition to the institutes, whole community should collaborate to protect children from being abused.

The first step should be how we can prevent this from happening, the answer is by spreading awareness, producing literature with the help of which we can inform our children subtly about when to say NO. Sahil has produced amazing literature and videos on the subject.

The 2nd step should be identifying the victims and sympathize with them to ease out the trauma, provide them with the counsel and help them to fight the horrors they have endured.

It is also important to produce clear laws and regulations and to assign accountability and responsibility n child abuse cases. The government should develop clear policies to define the theoretical and practical meaning of child abuse and identify the chain of responsibility in these incidents.

Child abuse isn't a myth, it's very real and we need to talk about it.