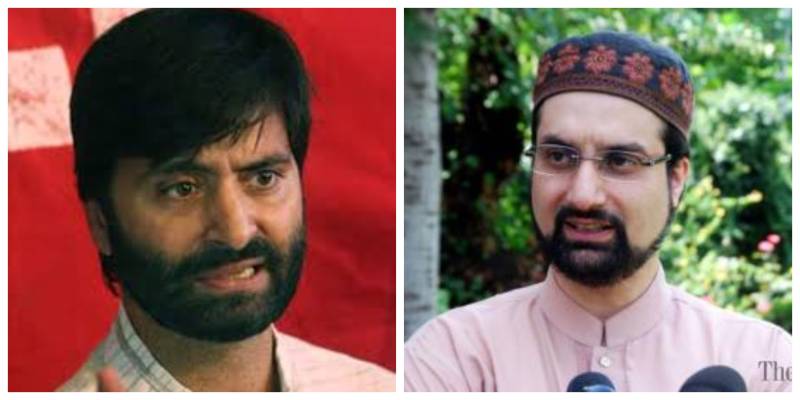 In his video message on “Kashmir Solidarity Day,” he criticized the international community for not raising voice against continued oppression of Indian occupation forces against Kashmiris.

He said that dialogue is the only way to resolve all the outstanding issues as nothing can be achieved through wars.

The JKLF chairman observed that the international community "has adopted a stance of criminal silence on Kashmir", even as infants, elders, and youths lose their lives and property to the cause each day.

Meanwhile, Chairman of All Parties Hurriyat Conference (APHC) Mirwaiz Umar Farooq thanked the government and people of Pakistan for their "vigorous and unwavering support" for the people of Kashmir.

Farooq in his video message said that Kashmir Solidarity Day was marked wherever Pakistanis and Kashmiris are in the world. He said voices were being raised to resolve the dispute as per the wishes of the Kashmiri peoples.