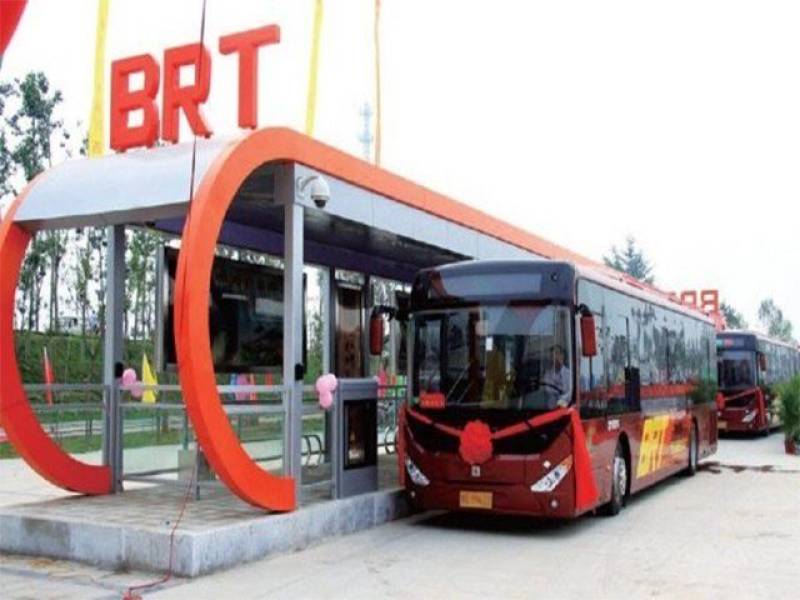 PESHAWAR - Khyber Pakhtunkhwa Minister for Information Shaukat Yousafzai has announced a new deadline for the much-delayed Peshawar Bus Rapid Transit (BRT) project, saying it will be operational until April.

Talking to a private news channel, Yousafzai said that when Chief Minister Mahmood Khan inspected the project, he was briefed that the project is consisted of three phases.

He confirmed that the third phase will be completed until February 15, despite hurdles.

Earlier this week, the Supreme Court had barred the Federal Investigation Agency (FIA) from conducting investigation into alleged irregularities in the much-delayed Bus Rapid Transit project in Peshawar.

A three-member bench headed by Justice Umar Ata Bandial issued the ruling on a petition filed by the Khyber Pakhtunkhwa government against the Peshawar High Court's orders pertaining to the launch of probe into the project.

The top court has also sought details about the cost of the project and completion of the public transit system.

In December 2019, a team of the FIA, KP, had kicked off the investigation following the directions of the PHC.

A high court bench comprising PHC Chief Justice Waqar Ahmad Seth and Justice Ahmad Ali had ordered the FIA on November 14, 2019, to probe the project, directing it to submit report in 45 days.