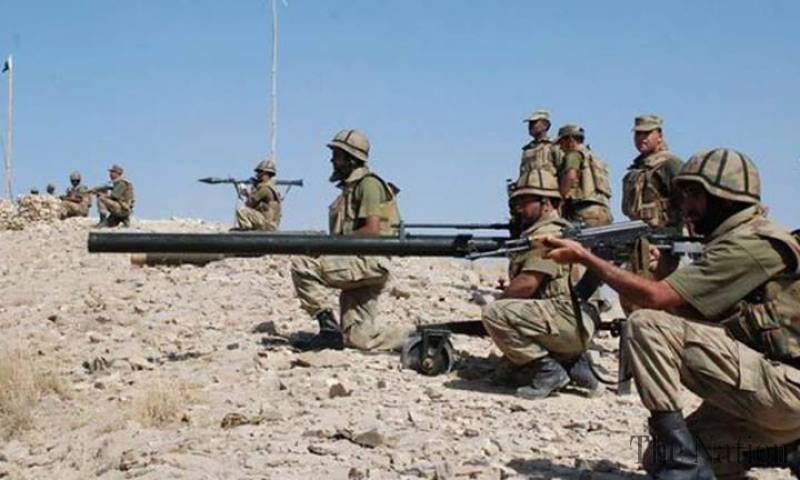 RAWALPINDI (Staff Report) - At least twelve militants were killed in a ground offensive by Pakistan Army in Datta Khel area of North Waziristan Agency, an ISPR statement confirmed on Sunday.

According to ISPR, four security personnel also embraced martyrdom in exchange of firing while terrorists fled away leaving three dead bodies of their accomplices.

Meanwhile in Bannu, at least three security forces personnel were killed in a remote controlled bomb attack on their vehicle on Sunday morning.

According to security sources, six others were injured in the bomb attack.

They have been admitted to CMH Hospital, Bannu.