Indian Army Saves the Day for a young Pakistani boy 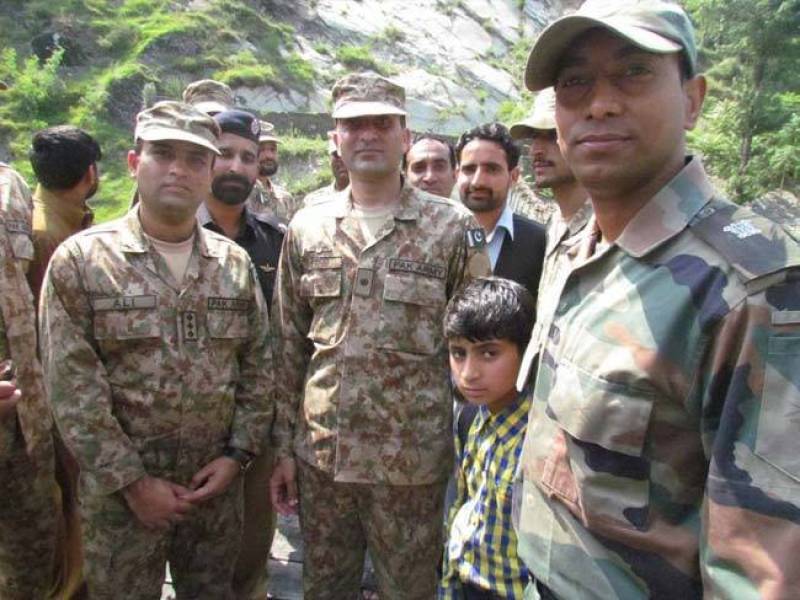 SRINAGAR (Web Desk) Pakistani and Indian soldiers posed for a photo today (Sunday) on the Line of Control (LOC) where a young boy who had mistakenly wandered into Indian occupied Kashmir was returned to the Pakistani soldiers.

The 11 year old Sameer was handed over to Pakistanis in a flag meeting urgently called by the Indian Army through a hotline message, IANS reported.

The boy had mistakenly crossed the LoC two days ago and was found by the Indian Army.

"The boy was handed over by the unit based at Tanghdar frontier area at Teetwal crossing point with new clothes and sweets for the family," he added.