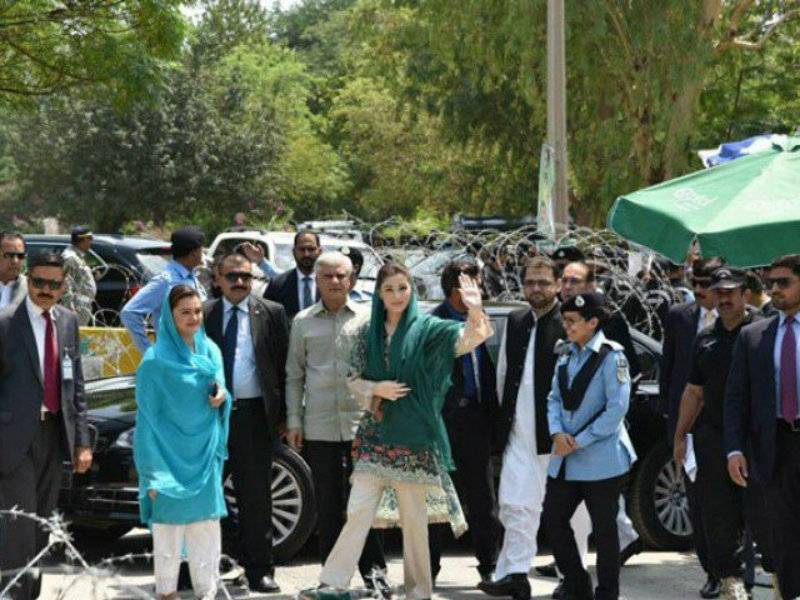 Dr Shahid Masood, an analyst, claimed during his TV programme on News One channel that the registration number fitted on a BMW car in Maryam’s squad belonged to a stolen motorbike, whose owner Muhammad Daud should be helped in getting back his vehicle.

Masood, who is famous for detailing almost every ‘controversy’ against the country and Islamic world, went on to say that Hassan Nawaz was inquiring into the issue.

A number of PML-N workers, especially from the party's women wing, had also turned up near the FJA to show support for Maryam.