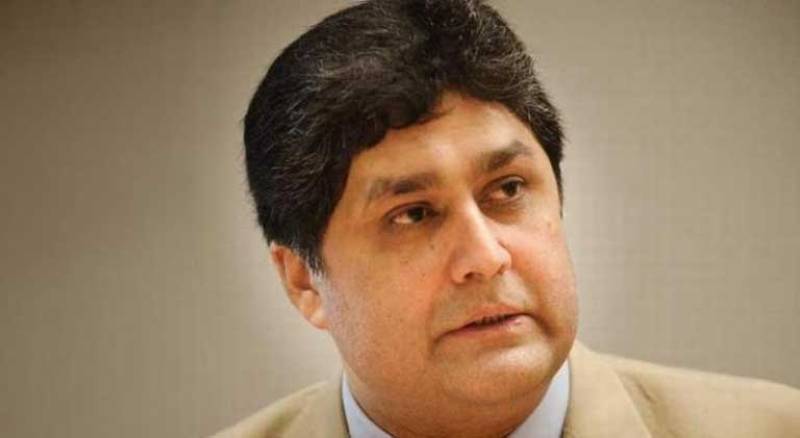 LAHORE - Fawad Hassan Fawad, arguably the most powerful bureaucrat of Pakistan, was arrested by the National Accountability Bureau on Thursday.

The former principal secretary to the prime minister was arrested regarding his role in the multi-millions Ashiana Iqbal scam.

The anti-graft watchdog had been investigating the murky wheeling and dealing regarding the housing project launched by the former Punjab government led by Shehbaz Sharif and the bureaucrat had been facing investigations.

The Grade-22 officer has served as the secretary to the prime minister Nawaz Sharif and Shahid Khaqan Abbasi as well- he is considered close to the 'House of Sharif'.

Fawad was arrested after he appeared before the Lahore bureau of the accountability watchdog, for the fourth time in the ongoing probe.

The development comes a day after the anti-graft body announced that it would not  arrest the election candidates, though no directives were issued regarding the government officers.

Fawad is also being probed by NAB for possession of assets beyond known sources of income as well as for alleged illegal award of CNG contracts.

Former chief minister Punjab and president of Pakistan Muslim League Nawaz, Shehbaz has already appeared before NAB in the case while former Lahore Development Authority chairman Ahad Cheema is on judicial remand after having been arrested in the same Ashiana Housing scam.

Former premier Nawaz Sharif, in a brief message, expressed his dismay over the high-profile arrest.

The National Accountability Bureau has released a communique, confirming the arrest of the top gun of bureaucracy, outlining the charges against him.

According to the official statement, Fawad along with Ahad Cheema used their clout to pass a tender worth Rs14 billion in favour of Casa Developers.

The bureaucrat also constructed a multistory plaza in Rawalpindi using ill-gotten resources. He also illegally worked for a private bank from 2005-06, as per the findings of NAB.

Fawad Hassan Fawad had also got some shares in the Motorways Housing Scheme, for which he was also among the board of directors. On his behest, Ahad Cheema approved the same illegal housing scheme.

He also transferred 9 CNG stations illegally besides pressurizing MS Latif and Sons to terminate their contract. According to the NAB charges, he also safeguarded land mafia.

He will be presented before the accountability court on Friday, stated the anti-graft body.