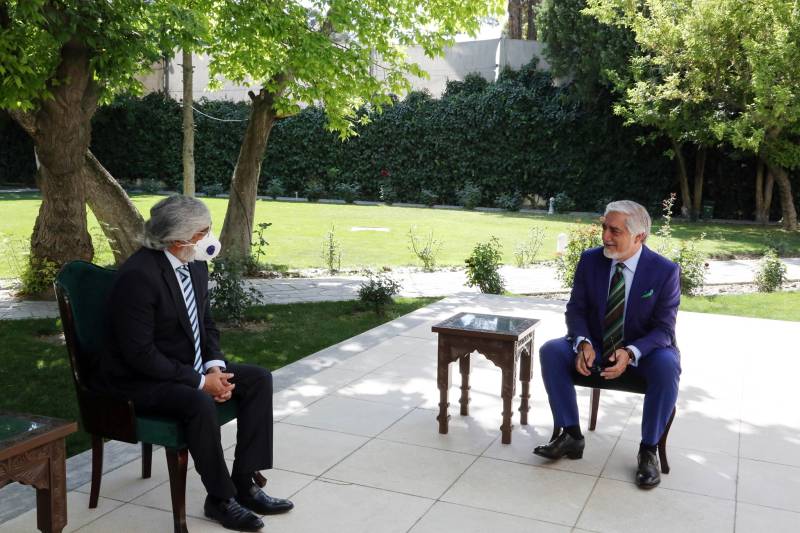 ISLAMABAD – Chairman of High Council for National Reconciliation of Afghanistan Dr. Abdullah Abdullah is likely to visit Pakistan, at the invitation of Foreign Minister Shah Mahmood Qureshi, to discuss with country's leadership the bilateral and regional ties as well as Afghan peace process.

Dr Abdullah Abdullah also referred on Twitter to his meeting with Pakistan's Ambassador to Kabul Zahid Nasrullah Khan on Sunday wherein they discussed the peace process and regional engagements toward a comprehensive settlement.

"I thanked him for the official invitation extended to visit Pakistan at an opportune time," the Afghan leader said.

In a meeting today with I.R. of Pakistan ambassador, HE Z. Nasrullah Khan, we discussed the peace process & regional engagements toward a comprehensive settlement. I thanked him for the official invitation extended to visit Pakistan at an opportune time. @PakEmbKabul pic.twitter.com/2zW3CzxkWk

The development took place ahead of the imminent intra-Afghan dialogue and almost a week after the visit of U.S. Special Representative for Afghanistan Reconciliation Ambassador Zalmay Khalilzad to Pakistan.

The army chief had expressed Pakistan's support for the earliest possible start of intra-Afghan talks.

"I told him that we are ready to engage with the Taliban on our common issues and to end the conflict and live together in peace. I reiterated Pakistan's constructive role in this regard," Abdullah Abdullah remarked following the meeting with army chief.