An angry Shah Rukh Khan TROLLED in this major prank by anchor! 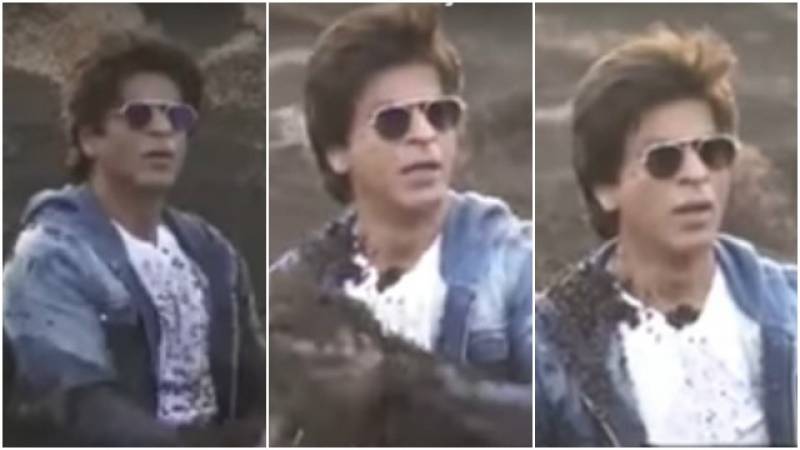 Have you seen the angry side of King Khan? Even in the darkest of times, we hope that you better not!

Recently, SRK was invited to Dubai to shoot for a Dubai Tourism campaign where the anchor crossed his fingers to play a nasty prank on the actor. Though Khan got on with his promotional activities for Dubai Tourism, he had no idea that he was chosen as a victim in a prank show called Rameez Underground.

As part of the standardized plan, the actor happened to find his way in a mud pit along with another girl in the wake of all the promotional activities, while they both were being approached by a giant chameleon.

Kudos to SRK for putting on a brave face and holding it together very courageously! However, when it was revealed that it was just a prank, he lost his cool on the anchor. This is probably the angriest you've seen Shah Rukh so far. Not only did he call out the anchor but he was literally THIS close to beating him up. The anchor did request for forgiveness but Khan refused to accept his apology and straight off asked him to get out of his sight.

Watch what follows between them later: