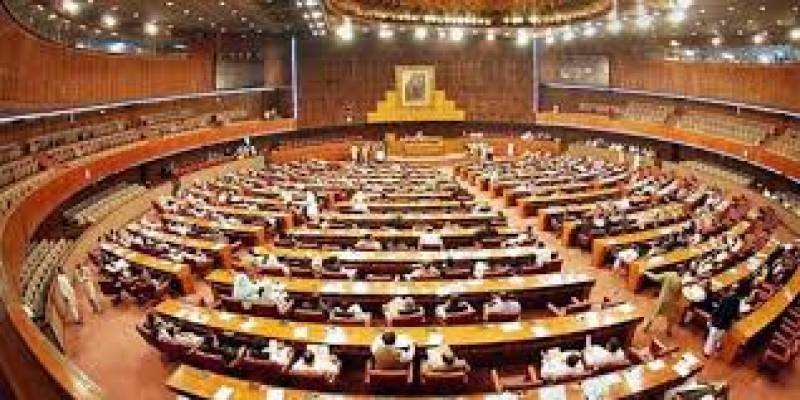 ISLAMABAD - Senate chairman Sadiq Sanjarani has forward the matter of sacking all the employees of Pakistan Steel Mills (PSM) to relevant committee after government announced to privatize the mill.

In his address during the Senate session, Minister for Industries and Production Hammad Azhar informed that the debt of PSM stands at 230 billion rupees. The government has now decided to lease out the core steel mills operations for revival, he added.

He told the house during question hour that our tax collection also witnessed twenty seven percent growth before the breakout of Covid-19.

He said the post pandemic has seen thirty percent decline in tax collection but expressed the confidence that the situation will improve as the business activities are being resumed.

The session was begun by offering fateha for those who died of coronavirus including the parliamentarians and the victims of Karachi plane crash. The chaiman sought Allah Almighty‘s blessings to rid the country of this pandemic.

Earlier,while addressing a news conference in Islamabad, Hammad said 15 parties have shown their interest in PSM and clarified that only the core Steel Mills operations will be privatized.

Hammad Azhar said that about 9,000 employees of PSM will be relieved in two phases after payment of their retirement dues and one-month salary. An amount of 20 billion rupees will be spent on this package. On an average, each employee will get 2.3 million rupees.

He said this proposal will now be forwarded to the cabinet for approval.