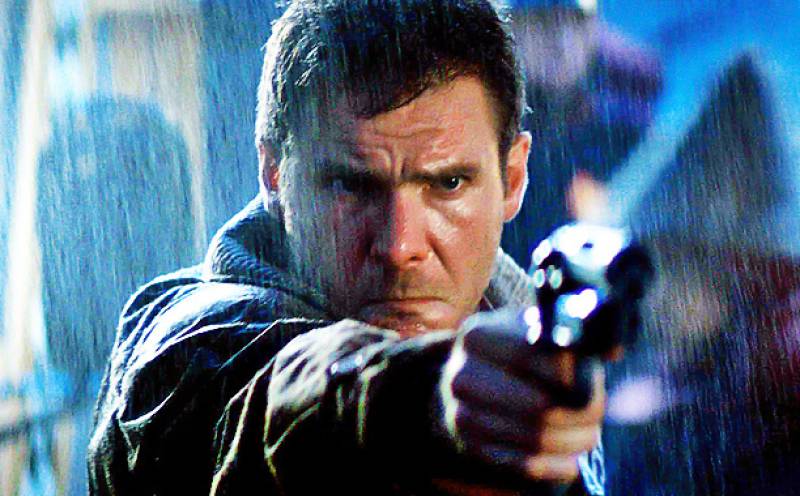 Well, this is one way to erase the vicious hangover left by “Exodus: Gods and Kings”: remind people of a much-beloved classic based on Philip K. Dick’s “Do Androids Dream of Electric Sheep?”

Alcon Entertainment confirmed Thursday that Harrison Ford would be reprising his role as Rick Deckard in the sequel to Ridley Scott’s 1982 classic “Blade Runner”, as reported by 'The Washington Post'.

He may not be playing Indiana Jones in the franchise reboot, but between this and “Star Wars,” no one is forgetting Ford’s glory days as a leading man. We see you, Harrison. Carry on.

The sequel’s been in the works for some time now, and shooting is scheduled to begin next summer. However, Scott will not be directing. That responsibility will lay with Denis Villeneuve, who helmed “Prisoners” and “Enemy,” which both starred Jake Gyllenhaal, and just wrapped his latest film, “Sicario,” with Benicio Del Toro and Emily Blunt.

Even though he’s executive producing, it’s difficult to imagine a “Blade Runner” sequel without Scott. “Blade Runner” is a beautifully lit noir construction, and it’s Scott’s vision through and through. Won’t a sequel just feel like a cheap knockoff? Not necessarily — Scott was still deeply involved. He worked with original screenwriter Hampton Fancher to conceptualize the script, which reportedly blew Ford away.

“I sent him this and he said it’s the best thing he’s ever read,” Scott told MTV News last year. “It’s very relevant to what happened in the first one.”

In a statement, Andrew Kosove and Broderick Johnson of Alcon Entertainment called the script “a uniquely potent and faithful sequel.”

The original “Blade Runner” was set in 2019, and the follow-up will be set several decades into the future.

More than 30 years after its release, “Blade Runner’s” influence is still palpable, perhaps most recently in the short-lived Fox drama “Almost Human,” which starred Michael Ealy as a “defective” android named Dorian with something resembling human intuition and emotion. Dorian’s ability to think and feel and rationalize is exactly what would have made him a prime target in “Blade Runner.”

A PHP Error was encountered

A PHP Error was encountered