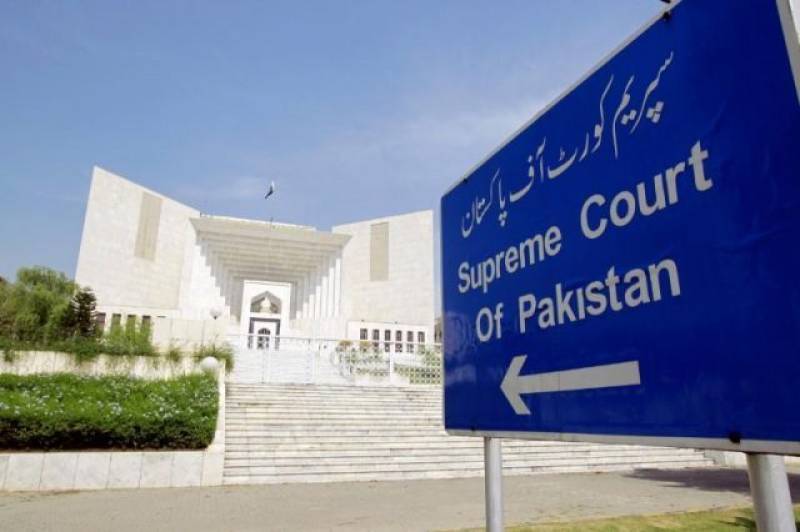 ISLAMABAD - Two days after the Senate elections, the Supreme Court has ordered the Election Commission of Pakistan (ECP) to halt the notification announcing the victory of four senators-elect for holding dual nationalities.

The top court issued notices to the four individuals to clarify their positions after the ECP said some of these have already submitted affidavits to the commission giving up their dual nationality.

Chaudhry Sarwar, who belongs to Pakistan Tehreek-e-Insaf (PTI), in a tweet clarified that he had given up his dual nationality in 2013.

Absolute baseless allegations circulating on the media that I am a dual national. I gave up my British nationality when I became the Governor of Punjab in 2013. I am now only a Pakistani passport holder. pic.twitter.com/dNjDjJwNlL

Meanwhile, PML-N leader Saad Rafique took to Twitter to clarify that Nuzhat Sadiq had given up her US citizenship in 2012.

Prime Minister’s sister Sadia Abbasi said that she does not hold dual nationality.

The apex court, however, said the senators still need to appear and clear their records.

According to a report submitted to the Supreme Court, the number of civil servants holding dual nationalities is 64 in Punjab, five in Sindh, nine in Khyber Pakhtunkhwa (KP), eight in Balochistan, 28 in Azad Kashmir, and one in Gilgit Baltistan.

Justice Nisar, during the hearing, said that any civil servant found guilty of hiding information about dual citizenship will be removed from their position. He also noted that judges of the apex court were not allowed to hold dual nationalities due to the sensitive nature of their job.

Pakistan Muslim League-Nawaz (PML-N) backed independent candidates bagged 15 Senate seats across the country in the elections for the upper house of the parliament, held on March 3.

PTI bagged five seats from KP, three general seats and one each in the woman and technocrat category. In addition, Chaudhry Sarwar won a seat in the general category from Punjab.