After IOC, United World Wrestling suspends all ties with India 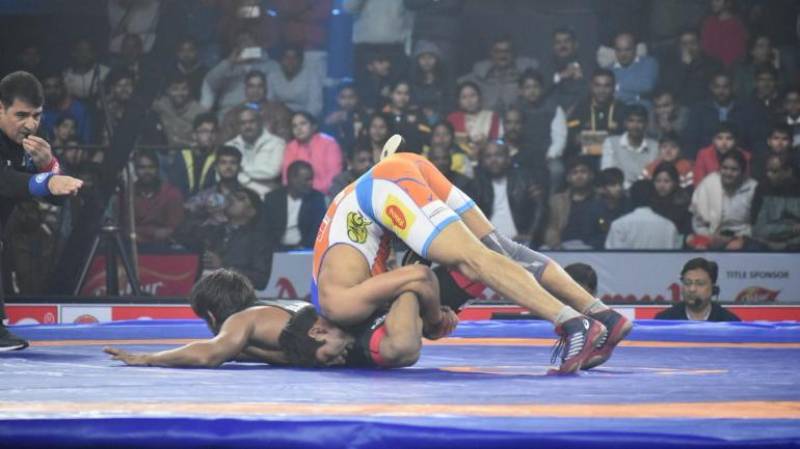 LAUSANNE, Switzerland – India faces yet another blow to its face in the field of sports as the United World Wrestling (UWW) has suspended its membership and asked all national federations under it to stop communication with the Wrestling Federation of India (WFI).

The mandate was issued by the UWW in accordance with the IOC’s censure on India for denying visas to Pakistani athletes for the ISSF World Cup held New Delhi last month. The IOC had suspended discussions with India for hosting future global events.

In a letter to all national federations, the UWW highlighted India’s response was against the central Olympic principle of non-discrimination against any athlete, which was akin to the statement released by the IOC.

While the UWW said that this is only till Indian government provides written guarantee as per IOC’s ultimatum, this decision is so far the biggest casualty of the earlier IOC order.

WFI president Brij Bhusan Saran Singh said he is yet to see the letter and offered to comment only after he does so.

The first big blow will be the hosting rights of junior Asian Championships which was offered to India by UWW-Asia. The tournament was scheduled to be hosted in Lebanon from July 9-14.

It remains to be seen to what extent the UWW directive would affect Indian wrestlers.

NEW DELHI – After licking dust at the international diplomatic level, India has hurt itself even in the sports field ...

Last month, India denied visas to Pakistani shooters for the ISSF World Cup in New Delhi in the wake of the Pulwama terror attack, which killed 40 CRPF personnel. As a result, the IOC revoked the two Olympic quotas on offer in the men’s 25m Rapid Fire Pistol competition of the event.

During the previous Olympic Summit at Lausanne, the IOC had agreed that “the allocation of international sports events to a country must include the necessary guarantees to ensure equal treatment for the participating athletes and sporting delegations, without any form of discrimination or political interference from the host country.”

The IOC later issued a statement that India will not host or bid for any sporting event until the Indian government provides written assurances for future events.