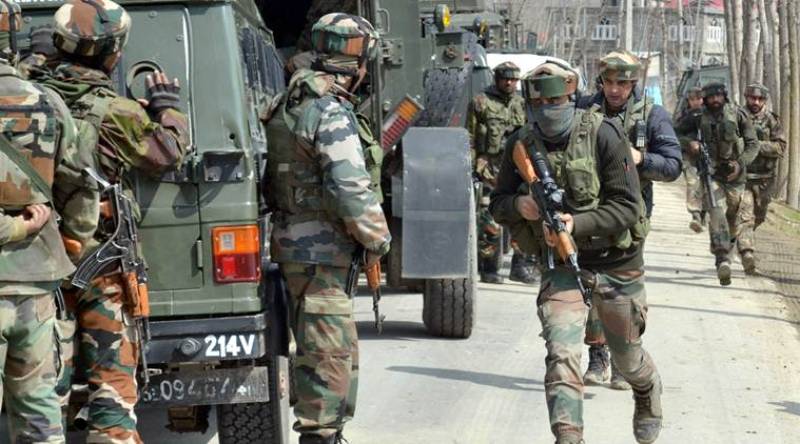 Srinagar - Indian troops in their fresh act of state terrorism have killed another two Kashmiri youth in Pulwama district of Indian Occupied Kashmir.

According to the Kashmir Media Service (KMS), the Kashmiri youth were killed during a cordon and search operation at Mir Mohalla in Tral area of the district. The Indian troops also devastated a house with explosive material and razed it to the ground.

Meanwhile, a complete shutdown was observed in the Kashmir valley against the ban on Jamaat-e-Islami (JeI) and Indian attempts to scrap the Article 35-A of the Indian constitution.

The call for the strike was given by the Kashmir Economic Alliance, Kashmir Traders and Manufacturers, Federation Chamber Industries Kashmir (FCIK), and All Transport Welfare Association against the continued attacks on the special status of Jammu and Kashmir and the ongoing arrest spree in the occupied territory.

All shops and establishments remain closed in Srinagar and other district headquarters of the valley.