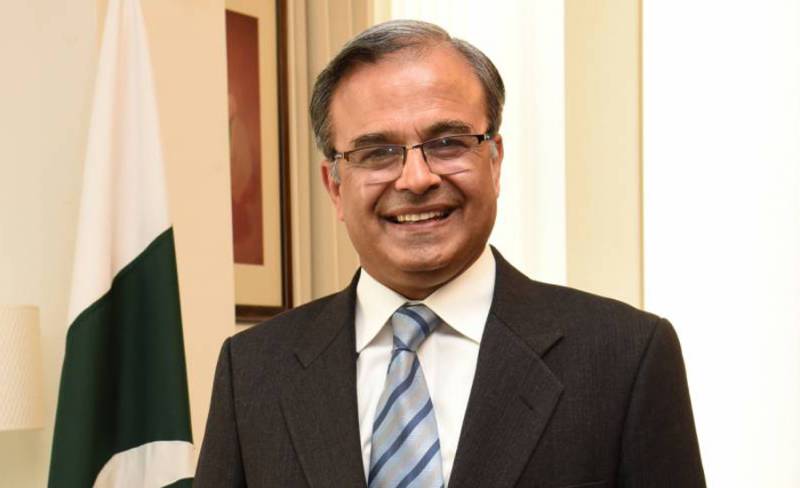 WASHINGTON - Pakistan's Ambassador to the United States Dr Asad Majeed Khan on Monday night said that Islamabad desires dialogue to resolve the problems and does not want to further escalate the tensions with New Delhi.

Speaking at the US Institute of Peace, he said that rising tensions between Pakistan and India are not in the region’s interest.

ISLAMABAD - Foreign Minister Shah Mahmood Qureshi said that talks are the only way forward to resolve all issues ...

The ambassador said that India, too, should now act conscientiously and sensibly, the diplomat underscored, adding that he hoped that despite its internal issues, the country would take steps to de-escalate.

While addressing the gathering he expressed hope that the "worst has passed".

ISLAMABAD/LONDON – British Prime Minister Theresa May, during her telephonic conversation with her Pakistani ...

Pakistan shot down two of India's warplanes because they violated our airspace, he said, urging the global fraternity to take notice of the Indian aggression.

He said that the global fraternity has to understand that instability in the South Asian region is due to a failure to resolve the Kashmir issue.

The envoy said the US had been playing its role to reduce tensions between the two nuclear powers.

Highlighting the significance of ties between Islamabad and Washington, he said the relations between the two countries were of immense importance and should not be viewed from Afghanistan’s perspective.