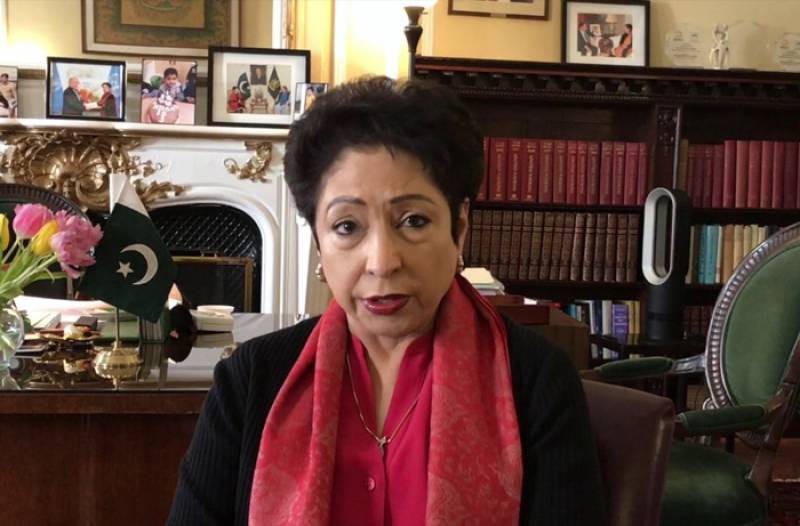 NEW YORK - Pakistan’s Permanent Representative to the United Nations, Maleeha Lodhi, has said ongoing troubles with India in Kashmir will compel Pakistan to focus on its eastern frontier rather than the western front that could affect the peace process in Afghanistan, the Radio Pakistan reports on Tuesday.

In an interview with a US TV channel, she said both Afghanistan and Kashmir issues are important in their own right but it is our eastern border that we perceive a threat as India has already attacked Pakistan.

“The current crisis between Pakistan and India will obviously mean that Pakistan will have to put its full focus on its eastern border and it could affect what it is trying to do on the front with Afghanistan,” Maleeha Lodhi said.

“In other words, our full focus is going to be on the eastern frontier rather than the western front and that could affect the peace process. Our attention is going to be where we feel there is a military threat to us,” Maleeha said.

Responding to a question about the possible impact of the simmering India-Pakistan tensions stemming from the Kashmir dispute, the Pakistani envoy said, “The ongoing threat is from India.”

The Afghan peace talks are currently taking place in Doha between Zalmay Khalilzad, the American special envoy and Mullah Abdul Ghani Baradar, the Taliban’s deputy leader, who for the first time is taking a more direct role in the process.

ISLAMABAD - Pakistan has laid bare a joint plan by India and Israel to target its nuclear facilities ostensibly on the ...

“Both [Afghanistan] and [Kashmir] issues are important in their own right. But it is the eastern border, from where India attacked Pakistan,” ambassador Lodhi said.

She said that the Indian leadership is failing to respond to Prime Minister Imran Khan’s repeated gestures of peace, which included the release of Indian pilot.

ISLAMABAD – Prime Minister Imran Khan has said that he is not worthy of Nobel Peace prize, days after a motion was ...

She said that Pakistan keep asking the Indians to provide us with what they have and we will act on it, adding that only a couple of days ago, the dossier was handed over to Pakistan.

Maleeha said that “We are examining the dossier to see if there is anything in there which we need to act upon. We will act if there is any solid evidence, but we cannot act on the basis of allegations.

Pertaining to a question on Kashmir issue, the Pakistani envoy said that the issue has to be addressed, in its own right and on its own merits because Kashmir will remain an issue that will lead to repeated tensions between the nuclear-armed neighbouring countries.

“In any case, it is an issue that is on the Security Council agenda and it has resolutions that remain unimplemented,” the ambassador added.